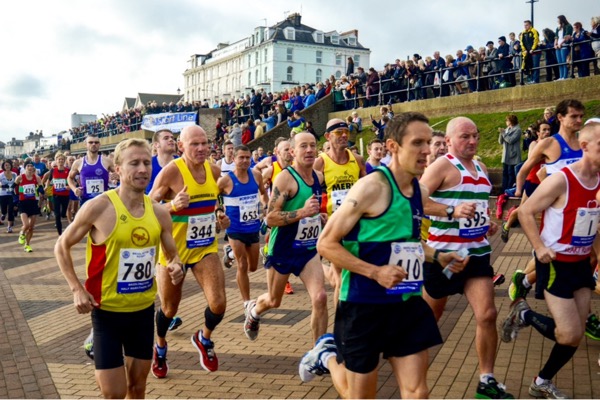 Bridlington braced for upcoming half marathon

First held in 1983, Bridlington Half Marathon holds a special place for many in East Yorkshire and beyond. With a sea-front start and finish point, plus a team that prioritises its runners’ enjoyment above all else, it isn’t difficult to see why.

The 2019 race, scheduled for Sunday 7 October, is once again heading for a sell-out although places are still available. Moving from the north promenade, the field will tackle an undulating route that passes through the villages of Flamborough and Bempton returning to Bridlington via Sewerby Park and the cliff top road.

With the event now 35 years old, there is some interesting history to be told. Race director Judy Allison took time out of a busy schedule to tell us a more: “Bridlington Road Runners have been involved in the organisation of the race ever since it started in 1983, back then we simply helped the Football Club to stage the event.”

In previous years, all of the event’s administration was far more time-consuming: “Processing entries by hand, doing the results in the same way and generally helping with the marshalling and finish funnels etc – at that time people didn’t shop or work on a Sunday.”

With Bridlington Road Runners still behind the half, Judy believes the race has managed to retain what makes the event special: “We see it as a race put on by runners for runners in a friendly atmosphere at the seaside. It is still a popular race today even though the calendar is much more crowded.”

Registration remains open until 1 October and is priced at £20 (£18 affiliated runners).