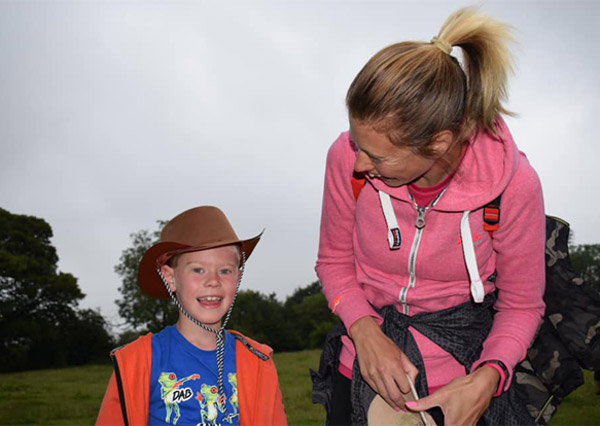 In Evelyn Waugh's classic comic novel 'Decline and Fall', serialised on BBC One in 2017, the impossibly glamorous Margot Beste-Chetwynde turns up at her son's sports day in a limousine. As the car door opens and Margot emerges, the rain stops and the sun comes out. Later when Margot departs the sun disappears and the rain resumes. It was a similar story at Beverley Westwood parkrun on Saturday (13 July).

Despite a sprinkling of rain before and after the East Yorkshire inaugural, a very healthy field of 419 appreciated a dry run. A big contingent from Beverley AC swelled the ranks however event organisers were most encouraged by the appearance of 70 parkrun first timers, confirming their belief that a new event would be popular in the historic market town.

Runners and walkers enjoyed a testing two-lap course on the scenic and undulating pasture and didn't seem to unduly disturb the resident cows. (The route is entirely on grass so if you're planning a trip to Beverley Westwood, trail shoes are advisable when the ground is wet).

Megan was one of an impressive team of 38 volunteers however it was marshal Oliver Albrow (pictured with mum Allison) who won special praise from the run director. He was impressed by the youngster's encouragement of the runners aided by a cow bell.

Lee Alcock was one of hundreds who gave the event a post-run thumbs-up. The Hull parkrun regular reported: "Very well organised with great marshals, I enjoyed it. Big thanks to everyone who made this happen."

Two key partners, Beverley Pasture Masters and East Riding of Yorkshire Council made the new parkrun possible and the event team praised their support: "The Pasture Masters gave us permission to hold our parkrun on the wonderful Westwood Pasture and the council has funded the start-up costs."

Check out full details for Beverley Westwood parkrun at the event website and read Louise Barrett's comprehensive report on the News page.

After their large debut turnout organisers are asking visitors and parkrun tourists to allow a few weeks before their visit to prevent overwhelming the event and the newly formed volunteer team. Visitors coming by car are asked to help protect the ancient pasture's verges by parking away from the Westwood and surrounding streets in one of the town's many car parks. The Woolpack Inn is open from 8.00 for anyone needing a pre-run 'comfort break' and provides a welcoming social hub afterwards - including take away hot drinks.