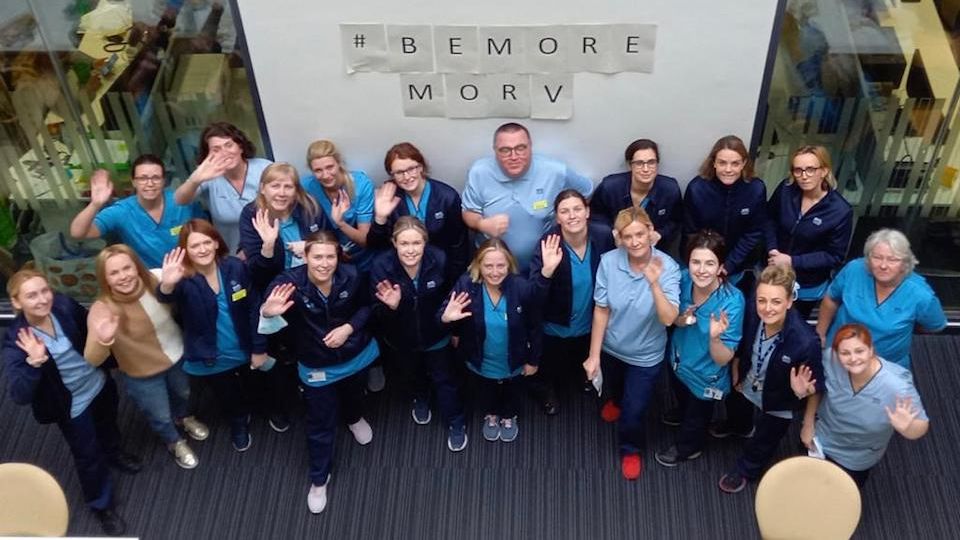 Running in memory of a much loved friend and colleague

A hardy band of paediatric dietitians have a greater reason than many to take on this year's Great Scottish Run. A team of twelve from the Paediatric Dietetic department (pictured above) at the Royal Hospital for Children in Glasgow will be toeing the line this October in memory of their dear friend and colleague Morven Pollock who lost a short battle with cancer towards the end of 2021 at the age of only 43.

Morven was a core part of the team and has left a huge hole in the department since her passing. She was always the life and soul of the party and was rarely seen around the department without a smile which led to the endearing hashtag #BeMoreMorv.

Sarah Bremner, one of the team, told runABC Scotland "The loss of Morv came as a real shock to all of us and we were heartbroken. We really wanted to get together and do something, not only to honour Morv, but to help those that helped her in her final days and weeks."

"None of the team could properly describe themself as a runner so there's still plenty of training to be done! I'm sure we'll all get round though and, in the tougher moments, a quick thought of Morv's infectious smile will keep us all going."

The girls will be running the event to raise funds for The Beatson Cancer Charity and The Prince & Princess of Wales Hospice both of whom were an enormous support to Morv. They've set up a JustGiving page for the event if you'd like to support them.

Everyone here at runABC Scotland wish the girls well and hope they have a good old giggle on the day. Morv would have most sincerely approved.

You can still enter this year's Great Scottish Runhere.