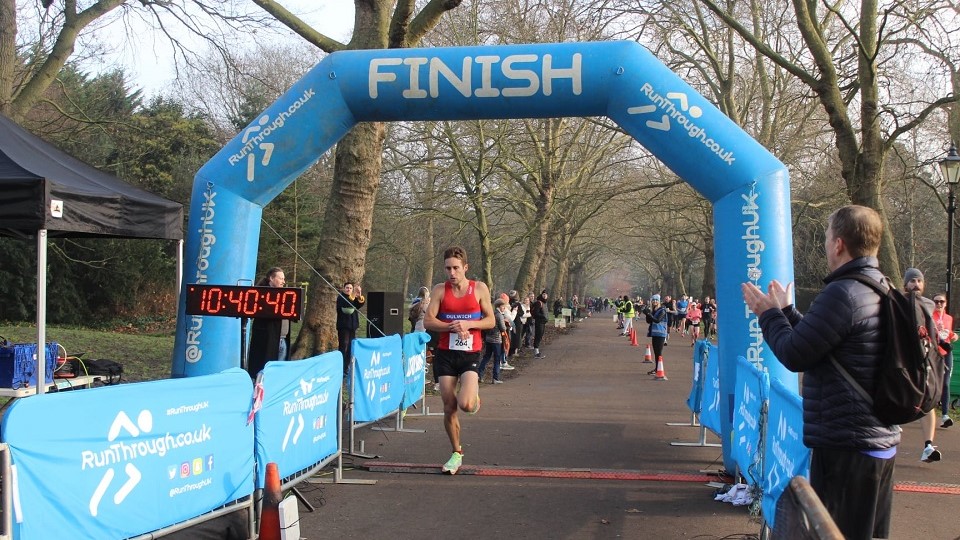 It was 'B of the Bang' on ancient duelling grounds

More than 450 enjoyed a run through Battersea Park in RunThrough's Battersea Park Half Marathon on Saturday (15 January). And no one enjoyed it more than picture star Ben Howe (Dulwich Runners) who covered the 13.1-mile, pancake-flat course in a PB of just 1:10:38.

Battersea Park Half Marathon starts at the Bandstand and comprises a dizzying 8.75 laps of the smooth tarmac roads and paths within this 200-acre green space on the south bank of the River Thames, opposite Chelsea but within the London Borough of Wandsworth.

The park was opened to the public in 1858 and was built on marshland reclaimed from the Thames and land previously used as a market garden. Prior to this change of use, the area was known as Battersea Fields and was a popular spot for settling feuds by duelling!

These days any duels are more likely to be of a sporting nature, thankfully. The men's race on Saturday was not the closest of contests as the winner strode clear by a minute from Alex Carter (Team Bath, 1:11:40) and Jens Sudmeier (Serpentine RC, 1:11:48 PB).