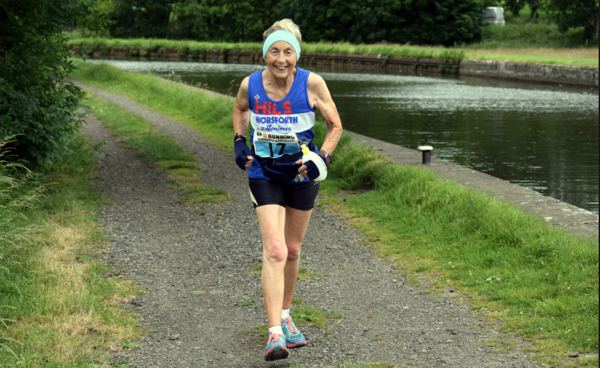 On the back of the inspirational tales we heard during International Women’s Day, Hilary Wharam’s tale will resonate with runners. The 76-year-old, who not only plans to take on the Leeds 10K and Leeds Half Marathon this year, has set her sights on 100 marathons before she hangs up her trainers.

Hilary, who began running in 1994 at the age of 52, runs with Horsforth Harriers and leads their Absolute Beginners Group (ABG). She helped to start this group in 2011 and it has continued successfully to date.

Despite having an arthritic spine, Hilary has no immediate plans to give up the sport she loves. She revealed that after being widowed in 2015, the support she received from the running community was like a 'lifeline'.

Speaking ahead of her plans for 2018, Hilary said: “I love to run! I like to enter, annually, a race of every distance from 5k to a marathon, but my main focus is marathons. My aim is to complete 100 marathons before age related problems and arthritis preclude my continuing to run."

On her thoughts about competing at the Leeds events, she feels they are perfect preparation for longer distances: “The shorter distances are good for keeping my legs going between marathons.”