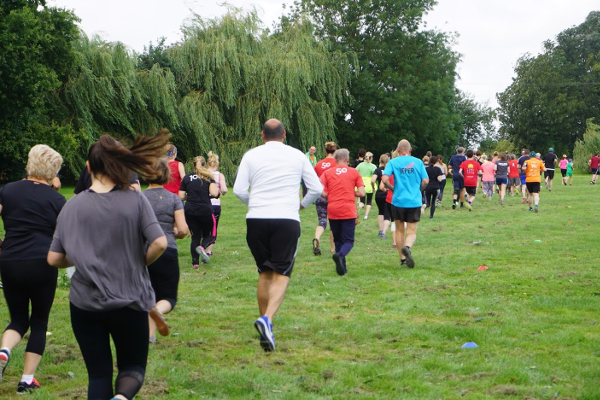 50 was the magic number at Manor Field parkrun, Whittlesey in Cambridgeshire which celebrated its half century with a record attendance, PBs and cake. Organaisers were delighted that the event went ahead on what was a very stormy Saturday.

The Met Office had forecast strong winds for Saturday resulting in parkruns being cancelled in Cambridge and other parts of the UK for safety reasons. Manor Field event director Geoff Howes and his team of volunteers decided to go ahead with their parkrun as per usual but with a few changes to the route as part of their ‘due diligence’. This ensured everyone had a safe and enjoyable event.

Fallen branches were cleared from the course, a few detours were put in place and there were plenty of volunteers ready to defy the windy weather so the 50th birthday cakes could be enjoyed later.

A resolute 173 parkrunners turned up at Manor Field Leisure Centre to test themselves against the course and the wind although the latter helped quite a few people to a PB! They followed a flat route on grass consisting of a small lap around the playing field then three loops around the outside of Manor Park. This scenic route took them along the River Nene and past Ashline Lock before finishing near to the Leisure Centre.

Blustery conditions were no match for Joseph Reindel of Nene Valley Harriers who was the first man home in 18:26. It didn’t stop Abigail Branston of Yaxley Runners & Joggers either – the first female in 22:43.

One nice touch, and part of the 50th event celebrations, was a £50 Advance Performance token for the 50th finisher – Nikunj Patel, the lucky parkrunner!