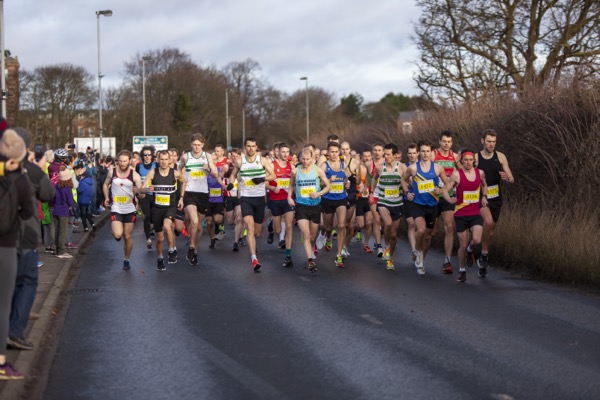 On Sunday 13 January, York Knavesmire Harriers hosted the 37th edition of the Brass Monkey Half Marathon as a field of 1550 put their training to the test against challenging conditions. A biting chill and perishing wind made for a tough day, yet the cheer from a strong local contingent from Appleton Roebuck Junior School, plus the homely surroundings in the Knavesmire area made for a warm and welcoming day.

Organised by York Knavesmire Harriers, the event saw a presenation from Brian Hughes, one of the club’s founder members in 1979, in recognition of the service offered by all members towards both the running and wider York community

Starting on Bishopthorpe Road, competitors travelled through the village on to Acaster Lane and back through Bishopthorpe,via Appleton Roebuck before the home straight at York Racecourse.

Chris Harrison from organisers York Knavesmire Harriers told runABC North: “We’re delighted to have seen this hard work pay off. For many runners it was the end of their season and for others it was a stepping stone to something more later in the year. Whatever the reasons people run we’re pleased to have facilitated their day.”