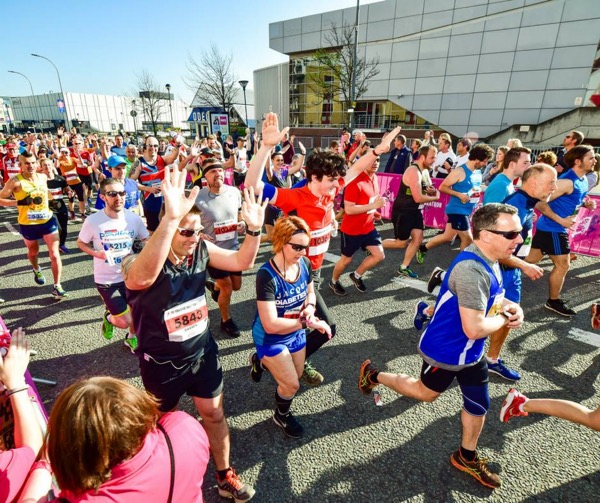 Yorkshire man to travel 4,500 miles for home half

Ian Morris will make the 4,532 mile journey from Oklahoma to the Steel City to compete at the Asda Foundation Sheffield Half Marathon on Sunday 14 April. The homecoming will allow Ian to realise a longstanding ambition, having returned to running in 2013.

Ian, 47, was brought up in Wincobank, just north of Sheffield, and moved to Oklahoma in 2008 when he married an American nurse. The couple now have twins – a boy and a girl. Having originally considered taking part in a half in the US, he decided that competing at the Sheffield event would provide him with a great excuse to see his family and friends.

Ian said: “I have run in several cities in Oklahoma and Texas and wanted to run a half marathon to finish off running different distances - 1 mile, 5k, 10k, 15k and marathon. I ran a few 10k’s in Sheffield before I moved, but most of my running was cross country at school.

“I started running here in Oklahoma in 2013 to begin training for the Oklahoma City Memorial Marathon, which I completed in 2014. I mainly do charity runs so it’s nice to know that this event is not-for-profit and will help many deserving local and national causes.”

A key part of the city’s sporting calendar, the half stands as Yorkshire’s premier 13.1 mile event. Last year saw 5,500 runners make their way to Arundel Gate to tackle a course that moves along Ecclesall Road, Knowle Lane, Ringinglow Road, Sheephill Road, Hathersage Road, Limb Lane and then back down into the city centre for the big finish near the Town Hall in Pinstone Street.

Registration for the Asda Foundation Sheffield Half Marathon is available here.