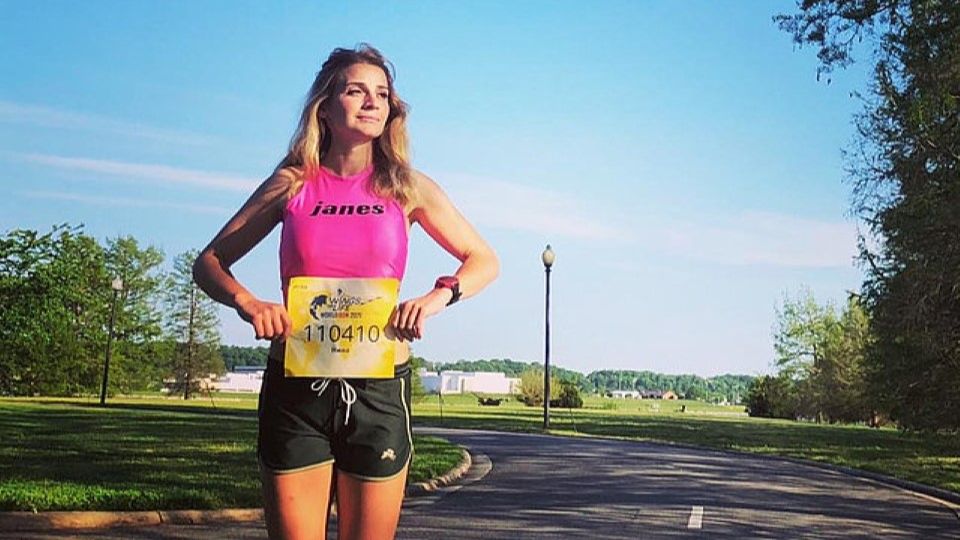 Let's start this brief report on the eighth Wings for Life World Run by running the numbers. After a late flurry of applicants there were 184,236 participants from from 195 nations – a world record for a simultaneously held running event – and the global amount raised for spinal cord research was a staggering 4.1 million euros! The distance covered this year has pushed the total through the 9 million kilometres mark to a cumulative 9,034,954.4kms covered by 925,096 competitors since the inaugural Wings for Life World Run in 2014!

The 2021 Wings for Life World Run global champion – winning his third title – is Swedish wheelchair adventurer and inspiration coach Aron Anderson, from Stockholm, who pushed ahead of the virtual Catcher Car for 66.8kms. Meanwhile, the women's worldwide best performance this year was 61.1kms by Moscow-born, USA-resident marathoner Nina Zarina (pictured).

Nina was also the 2019 and 2020 global World Run champion and won marathons in Long Beach, San Francisco and Zurich in 2019, with a personal best of 2:39:27 in Valencia in that year. Nina runs for the Janes Elite Racing Team in Santa Monica, California.

This year's event was a technology-supported virtual run that started simultaneously at 11:00am UTC (Coordinated Universal Time) on Sunday (9 May) throughout the world. Runners and wheelchair users had a 30-minute start on the virtual Catcher Car – effectively a mobile finish line – that slowly accelerates and eliminates contestants as they are overtaken. Since the first World Run eight years ago the total funds raised for spinal cord research is an astonishing 29,230,000 euros.

The leading British runners this year were Simon Richards (45.74kms) who completed his run for Team Coast to Coast in Canada; Harry Lancaster (43.29kms) in Britain, and Tim Broxup (42.85kms) who ran in Sydney Centennial Park – this truly is a global event. The full results – all 5,404 pages of them – are available via the runABC race listing page here.

Newsdesk
120,000 ready to fly in Wings for Life World Run