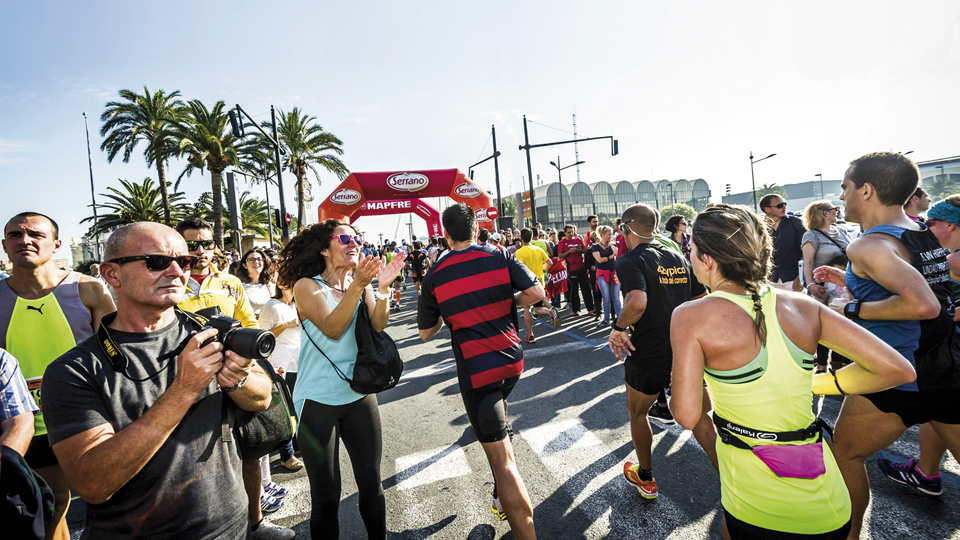 The Run In Spain…

Fancy some sun on the run? runABC looks at the top Spanish races – which one appeals to you?

When scouring an atlas for potential running destinations, finding somewhere both alluring yet practical can be difficult. For Brits, there is one place that effortlessly combines the two – Spain. With flights available from across the UK – coupled with the country currently experiencing its own running boom – Spain is an ideal location for an overseas trip.

When it comes to the organisation, though, the Spaniards do things a little differently than us Brits. Race organisers tend to have a more laidback approach, which manifests itself in a variety of ways.

On the bright side, entering a race is relatively straightforward; you don’t need to produce a medical certificate or fill in endless forms. However, last minute date changes are commonplace with organisers generally only publicising a race three months in advance. So planning ahead isn’t always an option.

With that in mind, runABC decided to look at some long-standing events that you’ll be able to confidently pencil into your diary:

Something A Little Moorish

In 1810, Valencia’s City Hall organised a race to lift the spirits of its citizens who were suffering at the hands of Napoleon’s occupying forces. Since then, the city has moved on to a more peaceful footing, but its love of running hasn’t subsided.

Valencia Marathon in December has quickly established itself as one of the leading races in the country. The marathon is popular with runners from all over Europe and this popularity is reflected in the number of spectators who now line much of the route.

The course is flat and fast, showcasing the city’s River Turia, going through the Old Town with its Moorish links, and finishing over the water of the futuristic looking City of Arts and Sciences.

Not A Last Resort

The seaside resort of Benidorm is synonymous with package holidays, having been a perennial favourite for British tourists since the 1960s. Those tourists are no longer restricted to lounging around swimming pools as Benidorm Half Marathon attracts a more active type of visitor.

The half marathon course is relatively flat, starting near the Old Town and running along both the town’s two beaches – Levante and Poniente. The event also features a 10K, starting a few minutes before the half marathon and following a similarly flat course. The strong local support as you head along the promenade will help you understand why so many Brits count this event as their favourite race abroad.

Barcelona has an embarrassment of running riches to discover. The Catalan city kicks off its New Year celebrations by holding the Barcelona San Silvestre 10K on 31 December. The starting gun is fired in the twilight at 5:30pm with darkness descending on the 8,000 runners ten minutes later. The race is the first of city’s many 10ks. One of those is ‘Jean Bouin’ – Spain’s oldest race (named after French middle-distance runner), held in November since 1920.

The best known races internationally are Barcelona Half Marathon in April this year and Barcelona Marathon in May. The half marathon was revamped in 2007 and its numbers have steadily increased since. Starting and finishing near Barcelona’s own Arc de Triomphe – the classical archway built as the main entrance to the Universal Exhibition in 1888 – the race takes in many of the city’s sights as it winds its way in a figure of eight.

The marathon also gives runners the chance to sample the city’s delights, including the Camp Nou stadium (home to FC Barcelona), Gaudi’s La Pedrera and his masterpiece Sagrada Familia. The enchanting city is perfect for those who fancy doing some sightseeing during and after their race.

And that goes for the country in general. To update an old idiom: no Spain, no gain!

If Spain isn't your thing and you're looking to do something extraordinary then take a look at runABC's travel partner Destination Sport Experiences who have a huge range of European and North American running events on offer.