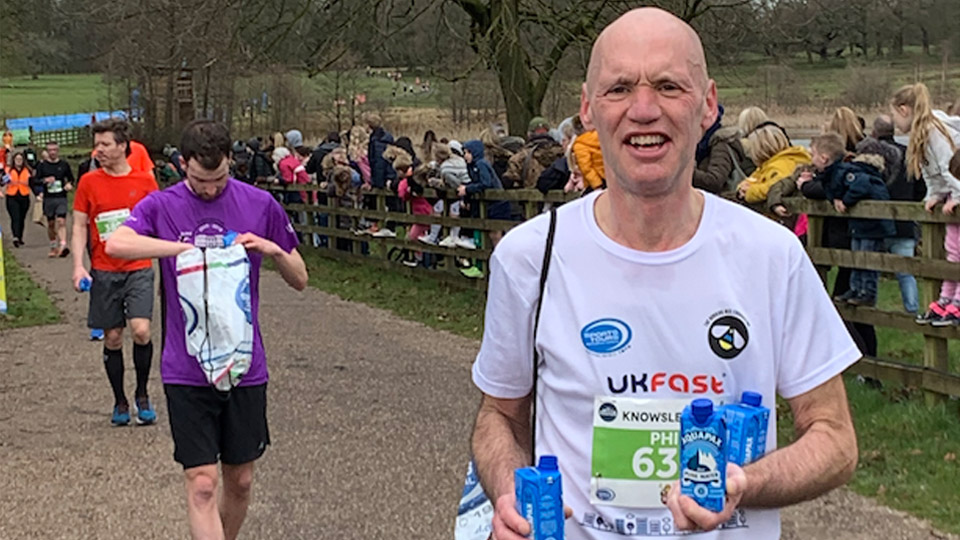 Last week, the Running Bee Foundation appealed to the North West public to help them continue their work supporting local health and wellbeing initiatives. One organisation that has really got behind the Foundation is Fluid Branding and their recent donation of £1,000 has provided a big boost.

Fluid nominated The Running Bee as their charity of year 2020 within their ‘Match Funding Scheme’, which sees the company geting involved with projects that raise awareness as well as funds.

The Fluid Branding Team was quick to pull on their trainers and take part in a number of Running Bee Foundation’s events before national lockdown took place in March 2020.

The team started off dressed as Father Christmas in  November at MediaCity's Jingle Bee Jog before taking on Knowsley 10K at the safari park in March. Fluid's Phil (pictured) was voted star performer at Knowsley; he finished 24th of over 1000 runners and second in his age category.

Fluid Branding's Vick Crosby told runABC North: “To be able to support an event, and have that charity support our local community, is really important. Fluid has offices across the UK and Europe, but if people can do things individually or locally, whether that's on their own or as part of an office team ... It makes a difference.

“We weren't able to take part in as many events as we hoped to, but we did raise a fairly decent amount of money - hopefully, there'll be more events before too long and we can get back involved again!”

Thanks to their amazing efforts, the Community Fluid Branding team raised £495, which was then matched by Head Office to total £990.

This donation will allow The Running Bee Foundation to do amazing things in communities across Manchester, Salford, Preston, Knowsley, Tameside, and more – especially while fundraising events are unable to take place.

Fluid Branding is a UK leader In promotional products, corporate gifts & branded merchandise. Find out more at the company website.

Running Bee events including City of Preston 10K, the Tour of Tameside, We Love OUR NHS Manchester 10K and Salford 10K will be returning later in the year and will once again be big attractions for runners across the north of England. Find out more about these events at the Running Bee website.