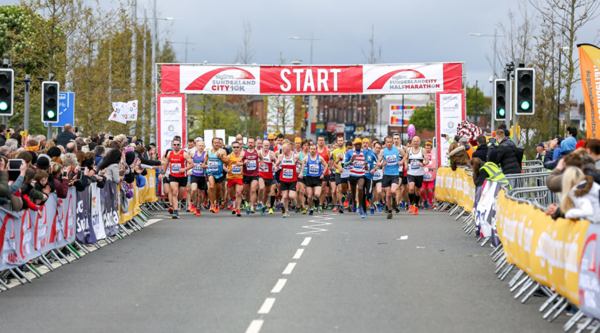 The trio of races are expected to draw in over 5,000 runners and underlines the strides that have been made by Events of the North, Sunderland City Council and their Active Sunderland team.

Launched in January, the 5K will be the first mass participation event to take place on the Northern Spire Bridge since it opened. A strong theme in advance of the opening race has been the invitation of those new to the sport to take the plunge and complete the 5K.

This was the message organiser Steve Cram relayed earlier: “It’s going to offer a great opportunity for runners of all ages and abilities, whether they want to build up from scratch to the 5k distance and have the experience of being part of a vibrant, mass participation event.”

The 5K will be the curtain raiser to the well-established Siglion Sunderland City Half Marathon and 10K, with the Active Sunderland BIG 3K Run also taking place on Sunday morning. In the previous three years, the races have taken on a new profile after moving its base from the Stadium of Light to Keel Square.

While retaining the iconic spots of the original course, the move to Keel Square was seen as symbolic as it at the heart of the city’s regeneration. Keep an eye out for runABC North’s race report early next week.