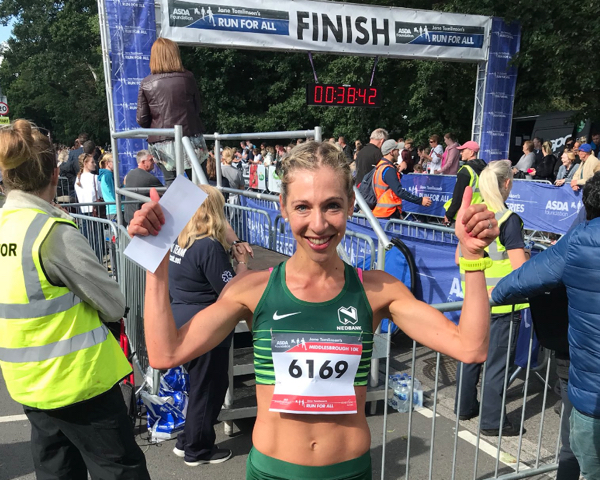 The Middlesbrough 10K kickstarted its new life under the Run For All banner with a course record from the Comrades Marathon winner Gerda Steyn. It was the ideal opener for the new look event, formerly the Tees Pride 10K, with bright autumn weather and close to 2000 runners congregating at Hall Drive on Sunday (1 September).

Run For All’s takeover of the 10K was announced in January, arriving at the same time of confirmation that it would also be behind the Ali Brownlee Riverside Run 5K.

An outstanding day of running got underway at 9.15am with a 3K fun run followed 90 minutes later by the 10K. Starting and finishing in Hall Drive, the course took the participants along Acklam Road, Ladgate Lane, Marton Road, Marton Burn Road, Keith Road, Emerson Avenue and Green Lane.

South African Steyn, who smashed the female record at the Comrades Marathon in June, showed just how strong she is over 10k with a winning time and PB of 33:05. Closest to her were Hollie Elliot (38:02) and Rhona Marshall (38:43).

Elated with her victory, Steyn posted on Twitter: “Happy with a new 10km personal best…3 years in a row. 32 I’m coming for you.”

The men’s field showed some real strength and depth with a series of fast finishes throughout. First home was Joshua Cowperthwaite in an impressive 31:21. He was followed by Lewis Gamble-Thompson who clocked 31:57 to take second place, with Stephen Jackson third in 31:58.

Mandy Rivett, Asda Foundation coordinator, said: “Congratulations everyone who took part today to make the Asda Foundation Middlesbrough 10K such a success. It’s particularly pleasing that so many of those taking part were raising money for some wonderful charities. Encouraging people to have fun, get fitter and support charitable work is what the Asda Foundation Series is all about.”