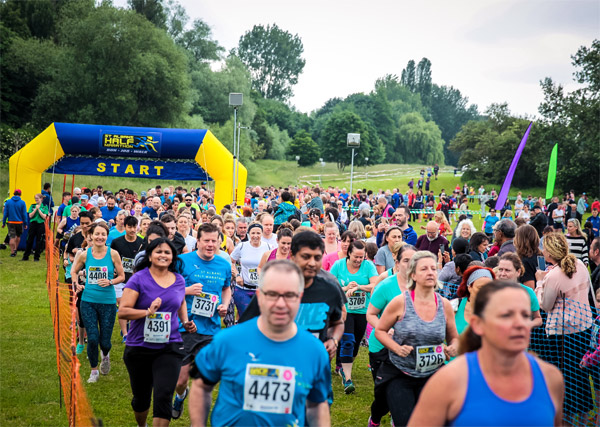 St Albans Half Marathon was founded in 1982 by local businessman, Phil Gibson, who wanted to raise money for a hospital scanner following the death of his mother from breast cancer.
â€‹
The first ever race was called the Mini Marathon and was open to runners, joggers and walkers. It attracted 1,300 competitors each paying £1.00 entry fee receiving a certificate on completion. First male home was local athlete Kirk Dumpleton and first female, local school teacher Irene Peatie.

â€‹The event was deemed a great success and was considered to be the biggest charity event ever seen in St Albans. It was hoped that it would become an annual event…...
â€‹
Today we are proud to say that the race is now a regular date in the running calendar attracting athletes from all over the world. Three of our local athletes have competed in every race despite injury and pregnancy! They are Duncan Burgoyne, Tony Crocker and Paula Wise plus our race founder Phil Gibson!

Since its inception the whole event has escalated to include a 1.5 mile fun run, 5K race and the Walking Half Marathon with numbers totalling over 7,000.
â€‹
The long standing route for the half marathon on the Redbourn side of St Albans became unavailable after the Buncefield Oil Depot explosions and fire of December 2005. After this the route included a section through the central shopping area of St Albans but the runners commented on the hills! So in 2013 it was replaced by our current route that takes you through the pleasant lanes towards Bedmond.

The event is marshalled by local groups of volunteers from schools and sporting organisations. More than 80 national as well as local charities have benefited from the £800,000+ raised.

Be part of something just a little bit bigger than us in 2020 and enter this year's race at the event website.