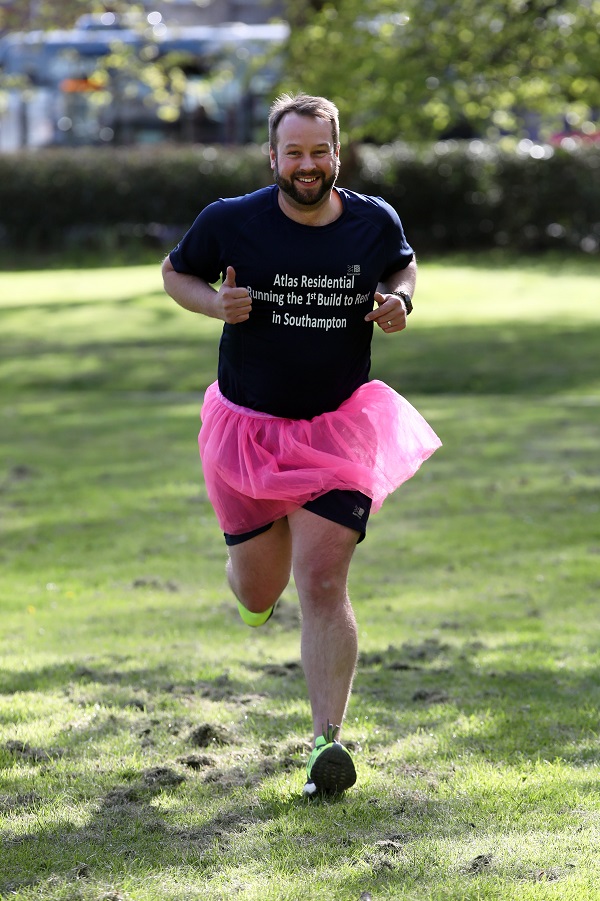 Could You Tutu Too?

A Southampton man has pledged to bring even more cheer to the city’s major sporting events after capturing the hearts of people at last month’s ABP Southampton Marathon. 'Tutu Man' Adam Dale may have discovered the perfect running fancy dress outfit when he had a moment of inspiration at work...

Adam, 33, works as community director at Southampton's first 'build to rent' development in the city centre and he told runABC South the idea for 'tutu man' was inspired by his job: “When we’re talking to each other about the two bedroom, two bathroom apartments we tend to call them ‘two-twos’. It kind of evolved into ‘tutu’ and when we were thinking of a fun costume I could wear for the half marathon it instantly sprang to mind”.

Adam explained further: “The residents love it and have started calling me ‘tutu man’, which I find hilarious. Since we are one company that manages all the apartments across the site, there’s a real sense of community here so we do have a laugh and a joke with each other.”

Adam was filmed leaping and skipping through the finish line wearing a pink tutu over his gear. He brought smiles to the faces of spectators and other runners as he high-fived, sang and live blogged his way through the run. Now, having gained a loyal following and the nickname (#tutuman) he’s pledged to return to other sporting events in the city to spread more cheer.

Adam regularly goes running with residents through the dedicated Bow Square running club and is hoping to enlist some members to join him at future running events in the city: “Tutu Man will definitely be popping up at other events soon. The world needs a bit of fun and if I can cheer people up by spreading a bit of silliness then I’ll gladly rock a tutu!”

Chris Rees, race director for ABP Southampton Marathon, said: “Tutu Man really captured the hearts of runners and spectators alike in April so we’re excited that we’ll be seeing more of him soon. Our event has a reputation for being one of the most friendly out there and Adam really encapsulates that spirit.”

Early bird entries are already open for ABP Southampton Marathon, Half Marathon and 10K. Visit the official race website for details and to sign up.