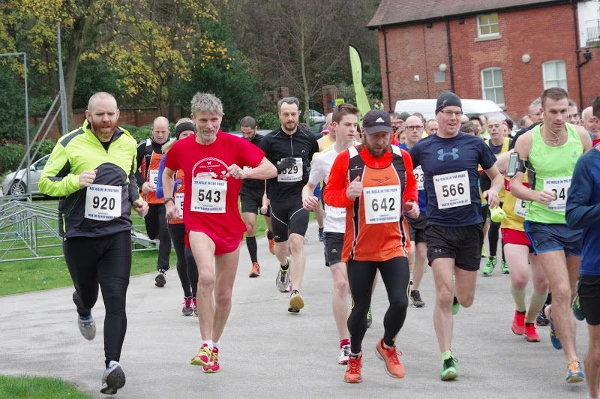 runABC Midlands has the antidote to those post-Christmas blues with an inviting selection of races to choose from. A cold snap has been forecast this weekend (06-07 January) so what better way to keep warm than with one of these events.

The frosty fun begins on Saturday at the No Walk in the Park 5K hosted by North Derbyshire Running Club. This event is part of a monthly ‘time trial’ series starting at 9.30am from the Cricket Pavilion, Queen’s Park in Chesterfield. This is a short and fast run to loosen up the legs and shake off any New Year’s sluggishness.

It continues into Sunday with the January race from the Centurion Grand Prix Series 2017/2018. These 5 mile and 2k races are held on a monthly basis over six months – the first two were in November and December – and are organised by Centurion Running Club as separate races with prizes at each one. The 2k starts at 10.30am followed by the 5 miler at 11am from John Henry Newman Catholic College in North Solihull.

The distance goes up as the thermometer drops before we head over to South Gloucestershire for the Kelston 10K. This is one of several races from Aspire Events who are keen to introduce road runners to the joys of off-road and trails in stunning locations. There will be four waves with staggered start times at five minute intervals to prevent any bottlenecks at the first kissing gate. The runners follow a single loop course which is undulating to hilly. They can thaw out afterwards with a hot drink and a bacon sandwich at the Swan pub.

For more information about these and other events, visit our race listings section.