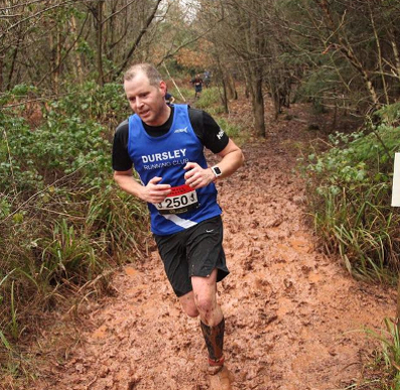 Running Amuck At May Hill

Mud, mud, glorious mud was the order of the day at the May Hill Massacre (Sunday 4 February). Not forgetting the odd hill or two...

This was a race for cross country aficionados and those who enjoy a tough, off-road challenge to get the blood pumping. Runners followed or slogged their way around a 9-mile route consisting of trails, several ascents and descents and a few road sections - although these were minimal!

The event was held on the private Huntley Estate, Gloucestershire with a 10am start time. One of several races from Trimax Events it has a near-legendary reputation for the difficult conditions underfoot ranging from slippery to swamp-like and the infamous May Hill. This steep climb lies between Gloucester and Ross-on-Wye and appeared at the start and finish of the race although the views from the top were worth the pain.

Hucclecote Harriers took the top spot in the women’s race with Sophie Hope claiming victory in 1:21:52. She was followed by Claudia Wilesmith of Tewkesbury Tri in 1:23:50. Anna Midgley of Gloucester AC was third in 1:24:19.

Rupert Simpson and his canine companion were the only canicross entry and finished in 1:54:58.

Every finisher received a bespoke medal and a hard-earned bottle of Erdinger Electrolyte beer courtesy of the sponsor.

Entries have opened for the 2019 May Hill Massacre.