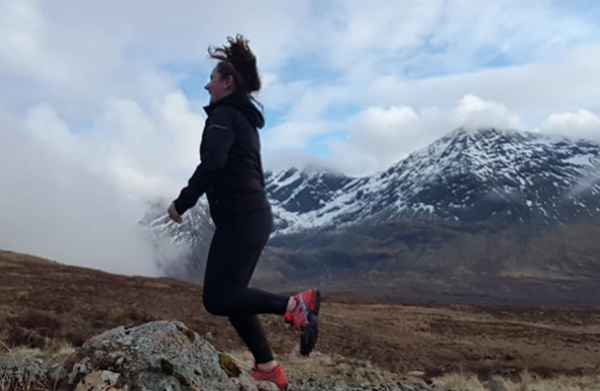 Faith Addison on the start line for Great British Run

On Sunday 26 August Faith Addison will begin a journey of 1,500 miles from Shetland to Penzance on behalf of Longfield Hospice in Gloucestershire. The Great British Run is the latest challenge for this adventurous lady.

The 34-year-old locum pharmacist aims to run a minimum of 36 miles each day - 6 weeks in total - to complete this solo, unsupported trek along the length of the British Isles. This journey will take in several, well-known trails including the West Highland Way, the Pennine Way, the Heart of England Way and the Cotswold Way. All of which will be done while carrying camping gear and dealing with a variety of terrain and the unpredictable British weather!

Faith Addison is originally from Stroud in Gloucestershire but now lives in Shetland, the location for the start of the run. She is no stranger to extreme challenges, having spent 30 months cycling around the world as well as cycling from Land’s End to John O’Groats on two occasions. In addition to this, she climbed Ben Nevis, Scafell Pike and Snowdon and completed the Cotswold Middle Distance Triathlon.

Faith’s godfather Larry Leighton has Parkinson’s disease and is being cared for by Longfield Hospice who in his words is 'wonderful'. They provide specialist services to people with life-limiting illnesses and are celebrating their 30th anniversary this year. Her Great British Run is fundraising for both the hospice and Parkinson’s UK with a target of £3,000.

She will be leaving at 7am each morning and invites runners to join her along the way. Visit the Great British Run Facebook page for more details including where to make a donation.