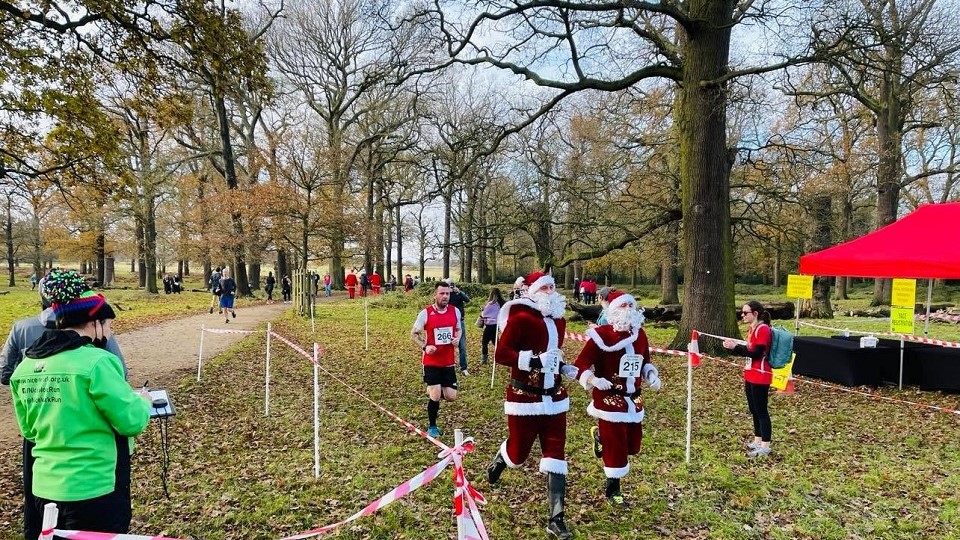 Santa gets in shape at Richmond 10K

London's largest Site of Special Scientific Interest was the venue for the final 10K and 5K races in a series by Nice Work race management on Sunday (12 December). Richmond Park is also London's largest Royal Park and among the fauna that gives rise to its special designation was the mythical man who lives in Lapland, known as Santa Claus.

In fact, in order to preserve the secret identity of the real Santa, numerous imposters were also present to help the jolly old chap get in the best possible shape before his strenuous duties on Christmas Eve.

Women were even more prominent in the 5K race as Amy Valentin (23:36) and Gloria Puig Sainz (25:07) took the first two places outright. Holly Jones (28:28) was third and seventh overall as half the top 10 were female athletes.