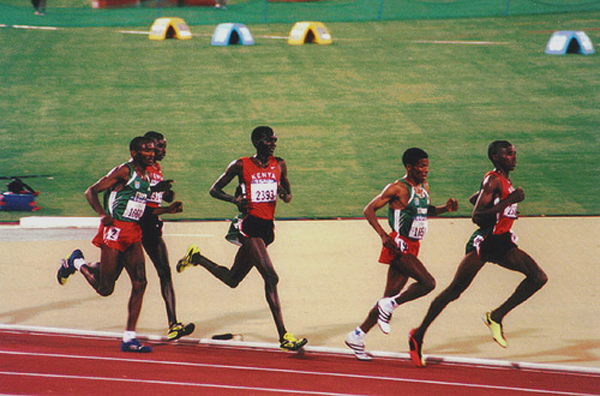 It’s not much fun being restricted to one outing for exercise per day and with the race calendar now ravaged due to coronavirus, it promises to be a long, quiet summer. Not helped by the unavoidable postponement of the 2020 Tokyo Olympics until next year.

But despair not. And ask yourself, where would we be without YouTube and its treasure trove of footage to discover and to relive all over again. So, we might not get our four-yearly fix of Olympics, but here’s five classic races to savour:

The sport’s most famous rivalry. It was oversimplified as being a class war between the suburban and the street kid, but it was still a middle-distance rivalry to savour. Their races over 800m and 1500m at Moscow were hyped to an international frenzy and the results were strangely satisfyingly imperfect with both taking home gold in the other’s preferred event. Still compulsive viewing.

Still an athlete who would comfortably top many polls for being the best athlete never to win an Olympic medal. She entered the Athens Games as a world record breaking force of nature, what unfolded was a Greek tragedy.

Whilst Paula Radcliffe was enduring her worst nightmares, Kelly Holmes’ wildest dreams were coming true. For so long affected by niggly injuries and falling just short on the biggest stages, for two weeks the stars aligned, and she won an incredible middle distance double. The contrasting reactions to each victory are marked. She wins the 800m looking unsure that she could possibly have won, she runs the 1500m knowing she is the best.

Ethiopian Haile Gebrselassie and Kenyan Paul Tergat were two of the greatest distance runners the planet had ever seen. Their East African nations shared an often bitter rivalry on track, road and cross country. But these two gentleman never shared a rivalry that was anything more than sporting. Sydney in 2000 produced an epic head to head.

An uplifting moment in British sport when the Somali refugee raised in London makes history at his hometown Games.