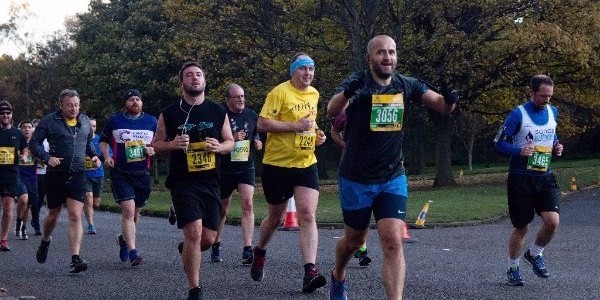 There was plenty of race action in Scotland over the weekend with a top Northern half marathon, a new 'keep it simple' trail marathon and the popular Devilla 15/5K.

Robbie Simpson has been dominating the headlines recently and he again grabbed the limelight at the Kinloss to Lossiemouth Half Marathon. The Deeside Runner clocked 1:07:13 as fastest runner and continued his preparations for the Commonwealth Games in Australia later in the year.

Elsewhere in the North of Scotland the organisers of the Fettereso Marathon will have been pleased at a successful inaugural run where over 100 participants completed the forest track route in times from 3:08:40 to over 6 hours.

Over 700 runners also enjoyed scenic racing in Fife at Devilla Forest. Steve Feltbower (54:05) brought home the field in the feature 15K while Michael Healy (16:35) was fastest in the 5K.

There was also a strong field in attendance for Strathaven Striders' Run With The Wind Half Marathon where Inverclyde AC's John Sharp proved as good as his name and collected first prize in the men's race in 1:12:31. Fife AC's Sheena Logan was fastest woman in 1:24:23.

There was a nice storyline at Saturday's Glasgow University 5 Mile Road Race with alumni Stuart Gibson (Cambuslang Harriers) and Shona Mcintosh (Hunters Bog Trotters) collecting the honours. Stuart (25:34) had the best marks in the men's race while Shona was top of her class - women's winner in 28:30.