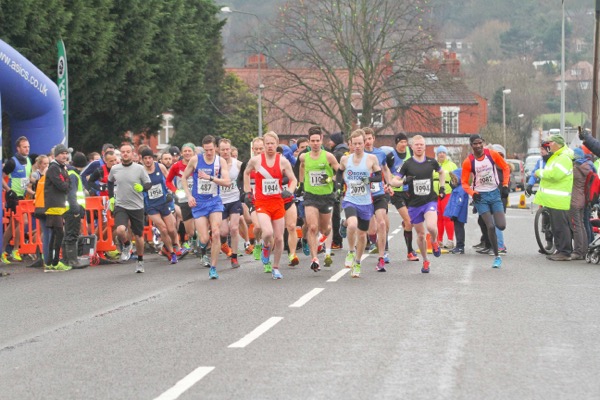 There’s less than 24 hours left for anyone looking to enter this Sunday’s (21 January) Essar Four Villages Half Marathon. Organised by Helsby Running Club, the longstanding event (it is preparing to celebrate its 35th year) has been a favourite with both club and recreational runners, and offers, for anyone who has been disciplined with their training over the festive months, a good chance of a fast finish with its predominantly fast and scenic course.

Looking ahead to Sunday, Helsby RC are expecting just shy of 2000 runners. One of those who will be present on the start line is local runner, Barrie Cavanagh, who took part in the very first event 35 years ago.

Barrie’s presence underlines how much the race has meant to the community since its launch and not even the prospect of inclement weather this coming Sunday will act as a deterrent, as Steve Riley from Helsby RC told runABC North: “The cold weather is due to lift and the forecast is for rain! Our runner's won't be put off, a January race is bound to bring challenges.”

Steve added: “In recent memory we've had high winds, sunshine, snow, freezing rain ...the lot! For the last few years closed roads have made this rural course a special event from runners.”

The closed roads have allowed a number of top runners to compete and post strong times over the years. 2017 saw Gemma Connolly and Mohammad Abu Rezeq defend their titles, with the former three minutes quicker than her time the previous year. Connolly won in a commanding 1:19:18, with Belgrade Harriers’ Samantha Amend second (1:20:58) and Hannah Griffiths third (1:21:08).

As is stands, Abu-Rezeq, alongside previous winners Michael Kallenberg and Ben Fish, will be racing on Sunday. You can join them by registering here.