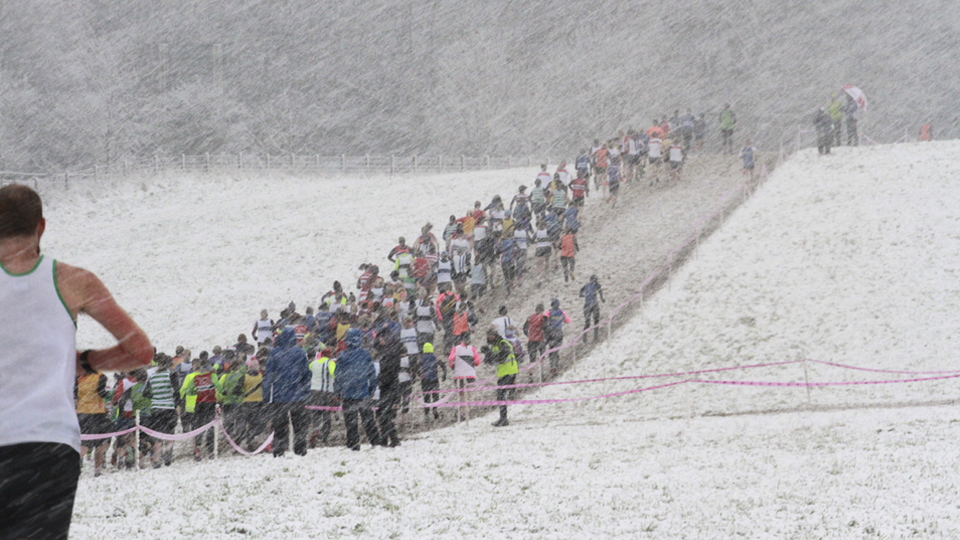 An iconic grass roots running event is set to make a return to County Durham next month, after the pandemic forced its cancellation last year. The North Eastern Counties Athletic Association’s (NECAA) 2021 Cross Country Championships (NEXC) will be hosted by Sedgefield Harriers on Saturday 11 December, when club runners of all ages from around the North East will tackle a course on land in East Park, on the western edge of Sedgefield.

Sedgefield last hosted the ‘North Easterns’ in 2015, on a memorable day when snow made a dramatic appearance that added to the challenge for runners and volunteers alike. Usually held on an annual basis by NECAA, this year’s event will be the 115th NEXC and organisers are hoping for a big turnout of runners on 11 December after the event’s cancellation in 2020.

In 2015, the championships attracted the highest number of entries in over 20 years, with almost 1,500 men, women and juniors signing up to take part, and a record number completing the senior men’s race. Entries for the 2021 NEXC close on Friday 26 November and can be submitted by any club’s team captain.

Event organiser and Sedgefield Harrier Chris Lines commented: “We’re really excited about the return of the North Easterns to Sedgefield. Although inevitable in the circumstances, last year’s cancellation was a big disappointment, so it’s great that we now have this opportunity to host the event, and we’re grateful to Durham County Council for letting us use East Park again.

"It’s a really good course for both running and spectating, and Sedgefield is an easy to reach venue for clubs in all parts of the region, so we’re hoping for a big turnout. Being outside allows us to hold the event safely, but we won’t be complacent and will be putting in measures to minimise any risks of COVID transmission.”

You can findout more at the North Eastern Counties Athletics Association website.