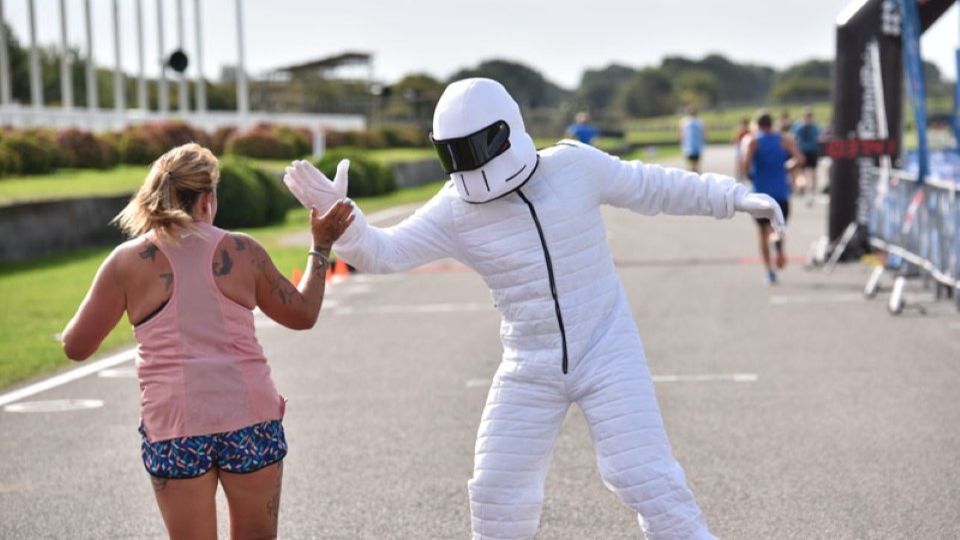 Scott Overall adds Olympic lustre to 1,100-plus line up

RunThrough race management hosted one of the largest events to date as we continue to emerge from lockdown restrictions, with 1,127 participating in the Running GP at Goodwood Motor Circuit yesterday (Sunday 25 April).

With five distances from 5K to Marathon, all held within the confines of the historic motor racing venue, there was something for everyone and PBs to be burned at the famous home of the Festival of Speed. Goodwood Motor Circuit opened to the public in September 1948 and is the only classic motor race track in the world to remain entirely in its original form.

The most popular distance, as is so often the case, was the Half Marathon. Four laps of the smooth black ribbon of tarmac were required and there was little to choose between the top three men. First to see the chequered flag was Paul Navesey (City of Portsmouth, 1:07:51) closely followed by Ben Savill (Lewes AC, 1:08:29) and Stephen Blake (Woking AC, 1:08:54). The women's race was more clear-cut, with victory for Julia Bijl (1:16:51) from Helen Hall (Winchester, 1:20:04) and Emily Proto (Lewes AC, 1:20:14).

The 20-mile option was contested by a select 30 runners and the first back to the pits were Gavin Englefield (South London Harriers, 2:18:33) and Elizabeth Prinsep (Romsey, 2:29:51).

Finally, it was the turn of the marathon runners to be greeted by the mystery racing driver in front of the grandstand. Ollie Garrod (South London Harriers, 2:25:32) took the honours from Oliver Bridge (2:33:09) and M40 Darren Sunter (North Herts, 2:33:24).

The top women were pushing for sub-three hours but that threshold eluded them as Rachel Gorman (Brighton Phoenix, 3:05:30), W40 Sarah Holt (Stragglers, 3:10:15) and Remi Simpson (3:12:18) claimed the podium positions.