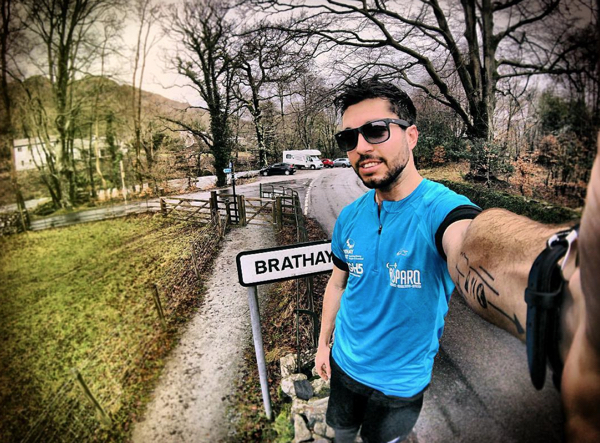 2017 MasterChef semi-finalist Matt Campbell will swap the kitchens for the roads next month as he prepares to tackle both the ASICS Greater Manchester and London Marathons. Matt is running these in memory of his father and to raise funds for the Brathay Trust, a charity that helps vulnerable children and young people.

The Cumbrian chef has enjoyed a hugely successful year on the back of his appearance on the BBC programme, cooking for Hollywood A-listers at the Oscars and embarking on a series of events around the country showcasing his focus on 'Nutritional Gastronomy'.

On his motivation in fundraising for the Brathay Trust, Matt explained: “My dad Martin entered me and my brother into our first marathon in 2016, Brathay’s ASICS Windermere Marathon. Brathay is a charity he absolutely believed in, recording the trials and tribulations of the runners who took part in their 10 marathons in 10 days fundraiser for eight year’s running.”

“He died in 2017 and that year I ran my second Windermere Marathon in three hours and three minutes. It was a very special moment raising over £1,000 for my father’s Brathay memorial fund supporting Brathay’s work with children and young people.”

Matt has set his sights on raising £1750 and is aiming to run one of the two marathons in under three hours. Details of how you can support him are available on his JustGiving page.