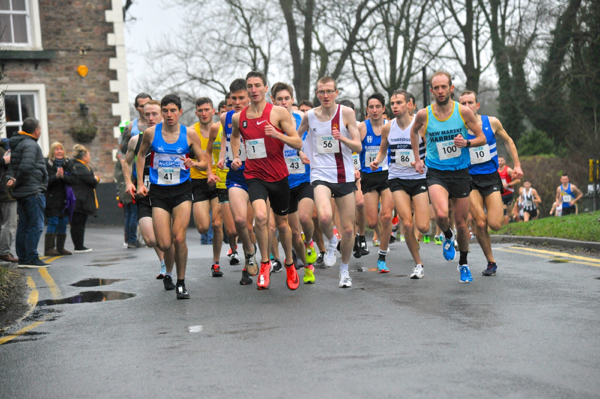 One of the final acts of the 2018 Northern racing calendar brought with it an end of season highlight for many as the Ribble Valley 10K produced a serious number of PBs for the 1681 strong field and two comprehensive course records.

Incorporating the North of England 10K Championships, yesterday's (Sunday 30 December) race, which took place around the picturesque roads of Clitheroe in Lancashire, more than stood up to its reputation as being one of the country’s fastest.

2017 champion Marc Scott, who has enjoyed a prolific season with victory at September’s highly competitive Trafford 10K, looked close to his best as he successfully defended his title. His winning time of 28:58 was just shy of being a PB worthy performance yet strong enough for him to become the new course record holder, displacing Jonny Mellor’s time some seven years ago.

Indeed, the race marked a return to competitive action for Mellor, with the Liverpool Harrier posting second place in 29:19, while Preston Harrier’s Patrick Dever claimed third in 29:24, a PB of almost 40 seconds. The top nine runners all dipped beneath 30 minutes, with a remarkable 37 all under 32.

Scott’s besting of Mellor’s 2011 effort seemed appropriate given the 1-2 in the men’s fiel plus there was also Beth Potter’s scintillating performance which could be seen as the heralding of a new wave of female distance running.