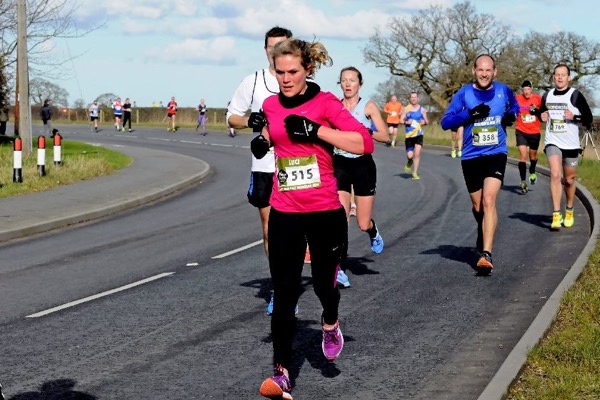 Known for its popularity in both Wales and the north of England, the upcoming Village Bakery Wrexham Half Marathon is on course to record its highest turnout to date with 2000 runners set to compete. Any prospective entrants are being advised to register quickly – just a handful of places remain for Sunday 25 February.

Approaching race day, race director Mike Harrington said he was delighted that they are edging in on 2000 entries, a real sign of upsurge for a race that attracted around half of that amount two years ago.

A real draw for runners is that the half can be the perfect training run for races later in the coming months, as Mike told runABC North: “The race is really popular as it is a perfect 'check-up' for those going on to tackle a spring marathon.”

Mile added: “A lot of runners use it to assess or reassess their target marathon times for Manchester or London. It is a really quick course. One statistic of interest is that is has a higher proportion of runners breaking 1.20 than any other half marathon in the country.”

While it is the perfect stepping stone to the marathon distance for many, it is also a highly popular race in its own right, evidenced in its reputation for being super-friendly and welcoming to less experience runners.

Not to mention the fact the half is famous for the finish line goodies kindly provided by local sponsor Village Bakery – runners can look forward to Welsh cakes and sourdough crumpets. (This year’s bespoke medal is also a beauty and can be viewed at the Village Bakery Wrexham Half Marathon Facebook page).

If you are interested in snapping up one of the remaining places for the upcoming race, registration is available at the event website.