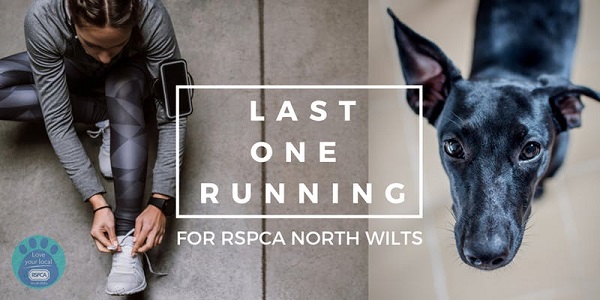 The difference between pace and speed

Last One Running is a new concept in long distance races, where excellent pace judgement trumps pure speed. Competitors will compete in a bleep test-style event at Lydiard Park, Swindon on Sunday 18 August, with all proceeds going to RSPCA North Wiltshire.

RSPCA North Wilts is one of 172 branches across England & Wales who work alongside the national organisation to care for sick, injured and neglected animals. As a self-funding, separately registered charity, all the money raised is spent locally, helping animals in need within North Wiltshire.

Last One Running will test your determination, pacing, stamina and finally speed in a race that suits all runners from parkrun newbies to marathon veterans. After a mass start at 11:30, runners will have 25 minutes to complete the first loop of two miles, finishing in the holding area. All runners finished on time will continue for a second loop starting at 11:55, which must be completed within 24 minutes.

This process continues relentlessly, with one minute being reduced from the time limit for each loop, until only one runner remains – the Last One Running! Men and women will not compete against each other; separate prizes will be awarded for the last male and last female running.

If two or more competitors remain but finish outside the allowed time for their final loop, the winner will be the one who finishes that loop first, so speed might be called upon as the race builds to an exciting conclusion. Do you have what it takes to be The Last One Running for RSPCA North Wilts? Or would you just like to be part of a fun, different event that raises money for a great institution – RSPCA?

On the day registration is available from 10:00am; race brief and group warm up at 11:15am and race start at 11:30 sharp. All online entrants will receive a sponsorship envelope and are asked to raise a minimum of £20 for RSPCA North Wilts. A prize will be awarded to the person who raises the most funds. There will be a bag drop within the holding area where you can keep drinks and snacks to access during the race.