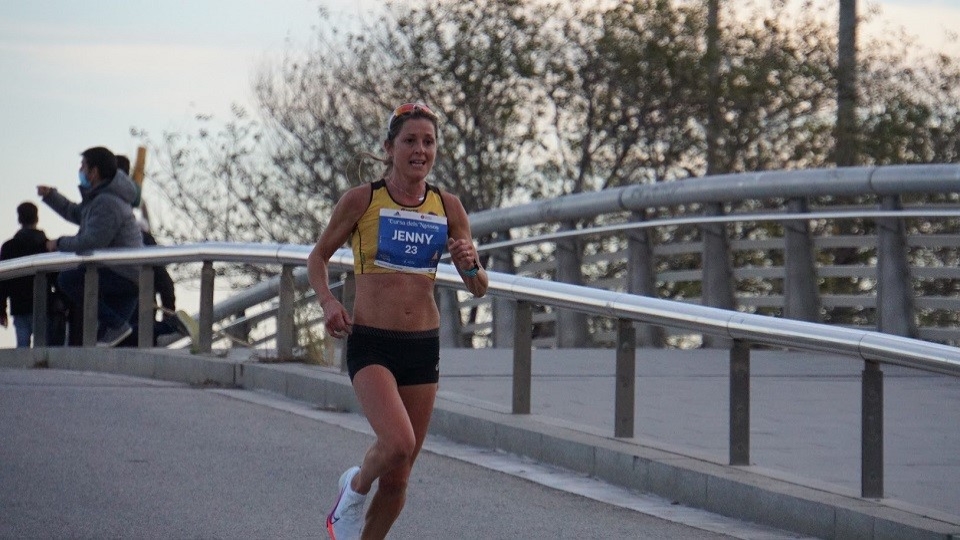 A busy evening for Jenny Spink in Barcelona

Jenny Spink, of Bristol and West AC, who lives in Spain, wrung the last few drops of race action out of the old year with a brilliant double in the 22nd Cursa dels Nassos in Barcelona on New Year's Eve.

The GB international took the opportunity presented by the race timetable to line up in the elite 5K before a swift turn around and a second outing in the elite 10K – finishing in the top 10 amongst world-class opposition in both races!

There was speculation regarding possible world records in both races with Genzebe Dibaba (Ethiopia, 5K) and Helen Obiri (Kenya, 10K) the star turns.

Hellen Obiri's tilt at the women's world record (29:42) fell short when her pacemaker withdrew too soon and then she suffered a fall on a tight bend, badly grazing an elbow. Obiri recovered to win in 30:53 from Spain's Majida Maayouf (33:19) and Marta Guasch (33:52).

Remarkably, a 'Popular 10K' race was also held with more than 900 finishers (nearly 300 inside 40 minutes) won by Ruben Garcia (30:00) and Meritxell Delgado (34:11). The race was run in three waves of around 300 socially-distanced athletes, with 40 minutes between each start and a fireworks finale.