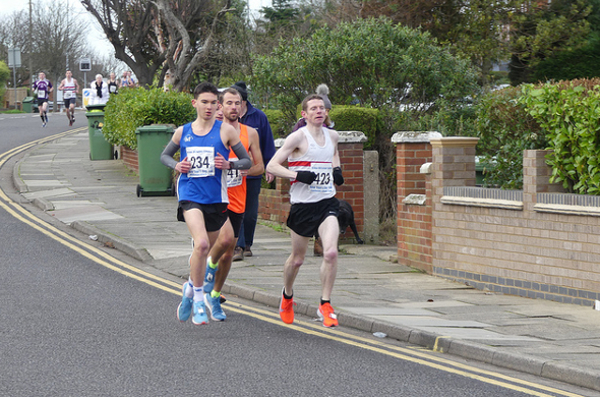 It was the perfect start to 2019 for Lewis Jagger. He won the Cleethorpes New Year’s Day 10K yesterday (Tuesday 1 January), proving you can always get what you want.

Jagger of Sheffield & Dearne AC was amongst a determined group of runners looking to begin the year on a high at this top Lincolnshire 10k. Organised by Cleethorpes AC and sponsored by Bridge McFarland Solicitors, the race has a proud history dating back to the 1970s with appearances by several top-flight athletes and impressive finish times.

Starting at 10.30am from Beachcomber Holiday Park, the race was held on a flat course consisting of two small loops and one large loop around Cleethorpes and Humberston. Weather conditions were an improvement on those last year and the extensive prize list plus the cash bonus meant there was plenty to aim for.

Jo Williams of Lothian RC was the fastest female in 36:48 followed by Jenny Blizard of Rotherham Harriers & AC in 37:01. Jenny’s teammate Keri Pearson was third in 38:01.