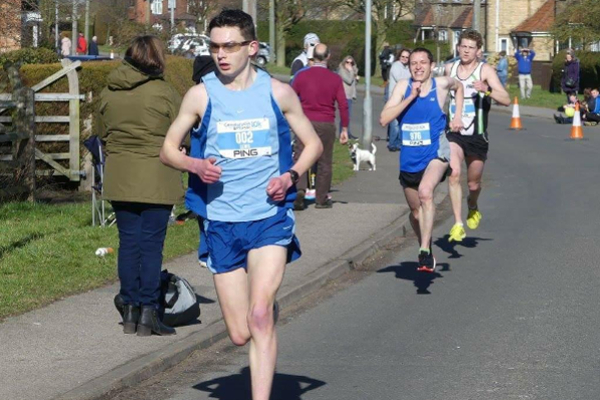 Yesterday we reported that Ben Livesey was the winner of Sunday’s (25 March) Gainsborough & Morton 10K however race organisers have now altered the race placings.

The popular Lincolnshire race could have ended on a sour note due to an incident involving the lead car and front runner Lewis Jagger. But integrity saved the day.

The Sheffield & Dearne AC runner was in first place coming into the finish, closely followed by Ben Livesey of Notts AC and Nick Martin of Caistor Running Club. However, as Jagger entered the final metres a mistake by the lead car forced him to slow down, enabling Ben Livesey to race past him to claim victory with Nick Martin in second place.

Lewis Jagger crossed the line in third place and was understandably upset resulting in a heated exchange that was the only negative in what was otherwise a well organised and supported race. Feedback has been overwhelmingly positive on social media with many people saying it was an excellent event, enjoyed by both the adult and junior runners.

Race director Kevin Housham felt personally responsible for the incident and undertook a thorough review, consulting with official organisations before making a final decision. He overturned the original results stating that Lewis Jagger would have been the winner but for the incident which now shows Lewis Jagger in first place followed by Ben Livesey in second with Nick Martin coming third.

Kevin's professionalism and desire to put things right was respected by many including Lewis Jagger who posted an apology on social media. This was accepted by Kevin who added: “I will learn from this whilst moving forward.”