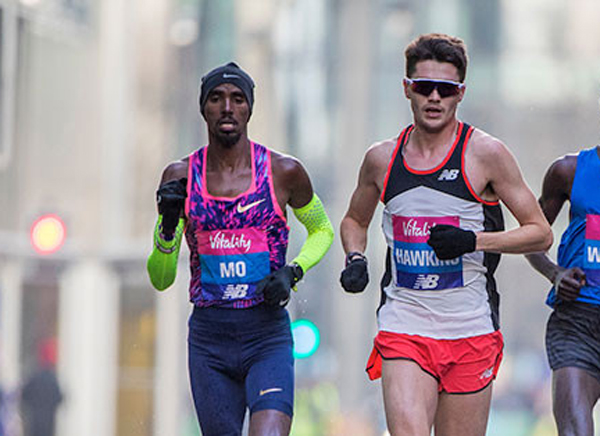 The Return Of The Hawk

Callum Hawkins returns to race action on Bank Holiday Monday (28 May) when he joins Mo Farah on the start line at the 2018 Vitality London 10,000. It's the Scot's first competitive outing since the drama of the Commonwealth Games marathon just six weeks ago.

The Kilbarchan AC runner has, understandably, gone under the radar over the last month or so as he recovered, physically and mentally, from his Australian exertions. By contrast Robbie Simpson, who collected an unexpected bronze medal at the Gold Coast, has been racing over the last two weekends, winning at the Ben Lomond Hill race and the BHGE 10K.

Hawkins will again be in action against Mo Farah at the event which starts on The Mall and finishes in front of Buckingham Palace. The Scot is looking forward to the race and to kick starting his summer despite not having run on British roads for a few years.

Farah looks in good form too after a morale-boosting performance at London Marathon and a comfortable victory in Manchester last weekend where he ran the 10K in 28:27.

Another high profile addition to the Vitality London 10,000 line-up this week is Jo Pavey, who won the women's race last year, but the winner of the men's race in 2017, Andy Butchart (29:18) will not be involved. The 26-year-old is making good progress recovering from a broken foot but is unlikely to be in race action until later in the year.

Meanwhile the spotlight is firmly back on the man who had every Scottish running fan on the edge of their seats on the fateful night when he came so close to Commonwealth Games glory. Soon after the events of the Gold Coast marathon Hawkins looked to find a positive angle saying : "I will use the whole thing as big learning experience to make myself a better athlete for Tokyo and the future. Looking forward to getting back at it soon."

With Robbie Simpson, Andrew Butchart and Callum Hawkins all talking positively there is a lot of excitement around the future of Scottish endurance running.