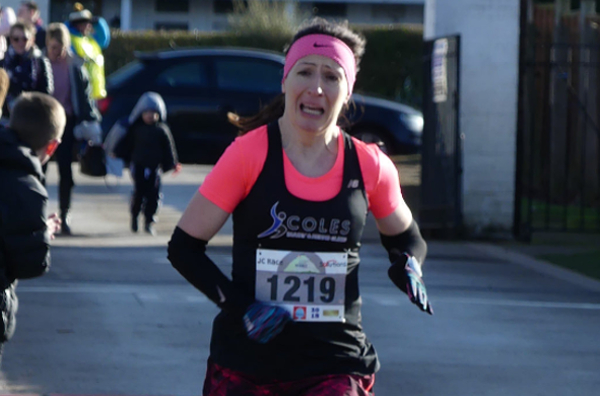 There was rock solid running by Rebecca Harrison to take the women’s title and set a new course record at the Walton Wobble on Sunday (11 February) however, despite a strong effort, the men’s course record still stands.

The Coles sponsored runner was strong throughout, pushing hard to become the fastest lady at Sunday’s race in 42:28. She finished over a minute and a half ahead of Laura Sandy who was second in 44:04. Chloe Hawkins of Uttoxeter Road Runners was third in 44:19.

Craig Pilsbury was the overall winner in 36:24 and came very close to beating the current record of 36:16. Robert Cartwright of Wolverhampton & Bilston AC came second in 36:58 followed by George Hodgkinson in 39:28.

Blue skies and dry conditions were a pleasant surprise at the second Walton Wobble 10K organised by JC Race Solutions. There was an earlier start time this year with everyone heading off at 10am from Walton High School on an undulating route, on roads, around the area. Walton-on-the-Hill to give it its full title is aptly named as there were a few climbs in the first half although these were balanced out by the downhill sections.

There were treats in store for the finishers in the shape of a medal that doubled up as a fridge magnet and a goody bag that contained a range of tasty items including a Bonio for dog owners. And with Shrove Tuesday around the corner, there was the chance to refuel with a pancake or two then recover with a sports massage from Jan Sargeant Hodgkiss.