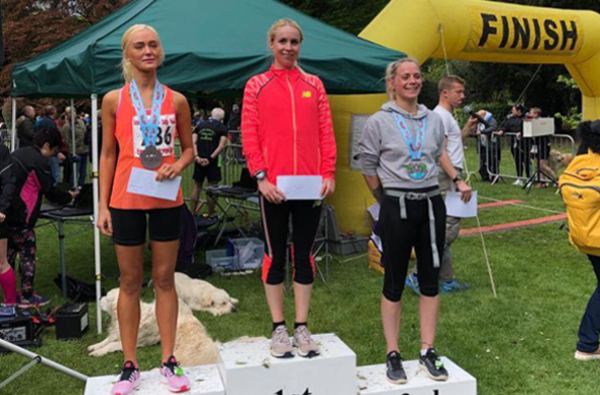 A home town victory for Gemma Steel at Leicester’s Big 10K (Sunday 28 April) marked a welcome return to racing. And as a bonus she was third overall...

The New Balance athlete enjoyed the competition and the support of the crowds at this well-organised race organised by Tempo Events. Leicester’s Big 10K is a fast, flat race, popular with runners chasing a PB as well as first timers. There was plenty of encouragement from marshals especially the lady at the car park after 8km. She cheered everyone on and her enthusiasm was appreciated by all.

The weather was cloudy and dry – an improvement on the previous day's cold, wet and windy conditions as 1100 runners headed off at 9.30am from Abbey Park. They completed a single lap of the park then around the outside of the perimeter before continuing along the canal. They turned back towards the park and completed a circle of the inside route then around the outside again before finishing near to the final entrance.

Gemma Steel of Charnwood AC was in fine form to win the women’s race in 35:24. Samantha Harrison of Notts AC was second in 36:47 with Kayleigh Budd third in 41:06. Gemma and Samantha were third and fifth overall out of 1093 finishers.

Scott Meadows of Bushfield Joggers won the men's race in 35:14 followed by Stephen Dickens of Rushcliffe AC in 35:22.

There were prizes for the first three men and women and age category winners and an eye-catching medal for every finisher.