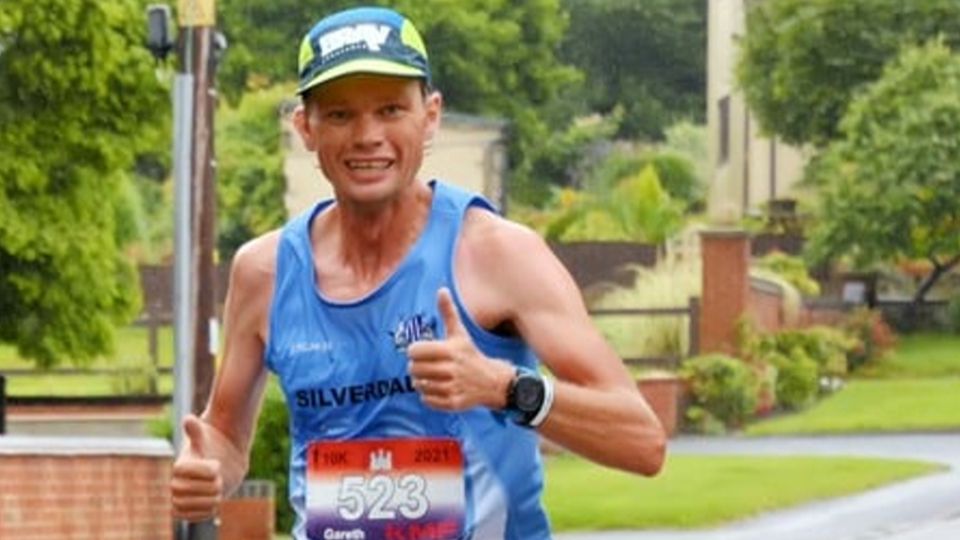 The Silverdale RC runner will be lapping up the miles in this endurance fundraiser.

On Sunday 20 February 2022 Gareth Copley-Jones will be running further than he has ever done before. He has set himself the challenge of 77K or 47.8 miles in Silverdale Country Park for rugby league star Rob Burrow and the Motor Neurone Disease Association (MNDA).

This keen photographer has followed the career of Leeds Rhinos Rob Burrows for almost 20 years, capturing the speed, agility and determination of the rugby league star who went on to win eight Super League titles, two Challenge Cups and three World Club Challenges. Rob Burrow was diagnosed with motor neurone disease in December 2019.

This both moved and inspired Gareth to undertake this challenge where he will: “Run 77K in honour of Rob’s famous number 7 shirt around Silverdale Country Park”.

A member of Silverdale RC, Gareth is no stranger to long distances having run marathons before now but this will push him to his limits. His challenge involves a hilly two mile loop on rough paths, mud and grass on the site of a former colliery which is also a popular visitor attraction. It is a Green Flag Award Winner with a variety of routes used by runners, walkers, cyclists and horse riders.

Preparation is vital to the success of this challenge and he has sought training advice from HPR Coach John Danahay and physiotherapy from Cole’s Injury & Rehab Clinics. Equally important is the support of his fellow members at Silverdale RC.

Gareth is posting updates of his progress and his latest reads: “This week my long training run was 5 laps of a very muddy country park. I’d like to say a huge thank you to everyone that’s donated to the challenge”.

Donations to Gareth Copley-Jones ’77 for Burrow 7’ fundraising challenge can be made via his Give as you Live Donate page.