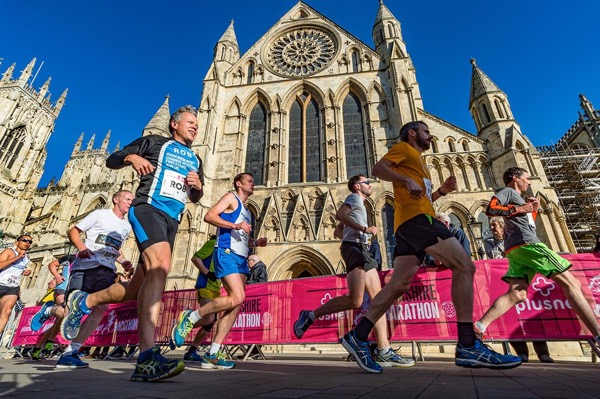 Often referred to as ‘the perfect racing distance’, the Yorkshire 10 Mile has generated quite a following since being established in 2015. Registration is now open for the event, scheduled for Sunday 14 October, and organisers Run For All are anticipating an early entry rush from around the county.

Staged on the same day as the Yorkshire Marathon, the 10 miler incorporates many of the highlights of the 26.2 mile race. Runners will begin in the centre of York and pass though various historic landmarks such as York Minster and the medieval City Walls. The race will also travel out into the Yorkshire countryside where participants will be treated to scenic surroundings as they run down quaint country roads.

As with previous years, The Yorkshire 10 Mile is set to make a huge sum of money to benefit its numerous partner charities including The Jane Tomlinson Appeal, MacMillan, various local Children Hospices and many more deserving causes.

Registration is priced at £30, or £28 for UK affiliated runners. Entry is available here.