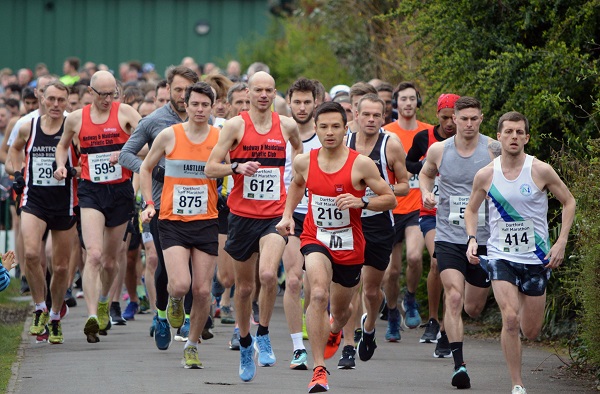 Historic Dartford Half gives us all hope

As we all prepare to hunker down for 'the duration' as measures to control the coronavirus are escalated, Kent-based runABC South writer Alan Newman returned to his home county for our latest race report – the 44th Dartford Half Marathon on Sunday 15 March...

Dartford Harriers' flagship promotion has some serious history as Kent's longest continually-held road race. The race was moved from its traditional mid-summer date in 2015, after a succession of blisteringly hot race days. The new date, in mid-March, proved an immediate success and quickly became an attractive pre-spring marathon event.

The first winner was the 1980 Olympic 800m champion Steve Ovett, who was a surprise late entrant in the 1977 'Winlighters' Dartford Half Marathon (1:05:38) – two weeks before he won the IAAF World Cup 1500m in a British record. Ovett was to go on to break world records at 1500m and the mile and was BBC Sports Personality of the Year 1978.

This year's Dartford Half Marathon doubled as the Kent Grand Prix 'long course' championships and the winner of that title can be clearly seen in our image above. Joshua Teece (Central Park Athletics, 1:13:48 PB) claimed Kent gold but he did not win the race. Teece (#216) was beaten by #414 John Payne (Victoria Park Harriers, 1:12:07 PB) while #612 Mark Wilkins (Medway & Maidstone, 1:15:05) was third.

The race finishes on the bright blue Dartford Harriers running track in Central Park, Dartford and is a one-lap, challenging course following the Darenth Valley, with some testing climbs on the return to Central Park. This year's event was sponsored by Fox Estate Agents and Chris Fox presented the awards.

From many positive posts on social media we offer this uplifting message from Robert Standing from Gravesend: “Amazing, fantastic turn out today at the Dartford Half. Well done everyone who ran today in these difficult times. Fantastic day, great British spirit. We won't be beaten. Better days are on the way”.

We conclude our report with a lingering look at the medals for every one of the 697 finishers (in 3:22:49) in the hope that soon we will be able to once again lace up and chase that bling.