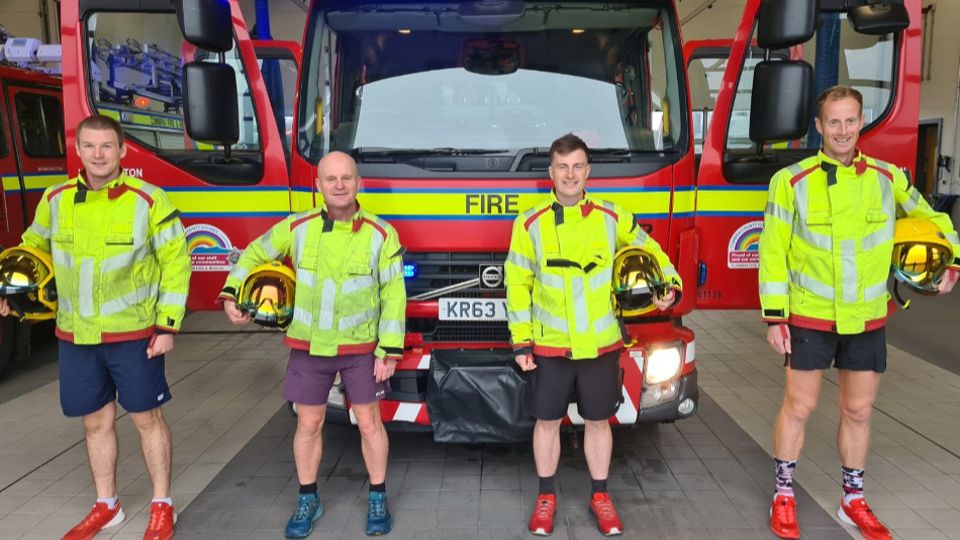 The heat will be on for the Cumbria Fire & Rescue Relay Team as they attempt to run 42 fells in 24 hours.

A team of firefighters from Cumbria Fire & Rescue Service are going for the burn as they attempt the Bob Graham Round Relay in 24 hours whilst wearing full kit. They will be led by Salomon ambassador Ricky Lightfoot on this challenge to raise funds for the Firefighters Charity.

Lightfoot is himself a firefighter as well as a fell and trail running champion and his knowledge of and experience on this terrain will prove invaluable. The challenge involves running as a relay team, 42 Lake District fells in 24 hours covering 66 miles and 26,900ft of ascent. To make things even harder, the team will do this while wearing their fire kit although they are swapping their boots for trail running shoes. ‘Blaze Bear’ is the relay baton and will be passed between legs (each one is a minimum of 11 miles).

The team of 20 firefighters is drawn from all ranks including the Deputy Chief Fire Officer and ranges in age from 20s through to late 50s. This equally applies to their running backgrounds with a few relatively new to the sport. The scale of the challenge hasn’t dampened their enthusiasm or resolve as they prepare to push their bodies and minds to the limit for a charity that is close to their hearts.

The Firefighters Charity at Jubilee House in Cumbria provides help and support to serving and retired members, their partners and dependents. They benefit from the understanding of their needs and the tailored approach that enables them to move forward in their lives. The charity has been affected by the coronavirus outbreak with a negative impact upon its donations and fundraising.

The team start their adventure on 8 August when they will leave Moot Hall in Keswick at 10pm for a tough but hopefully rewarding 24 hours.