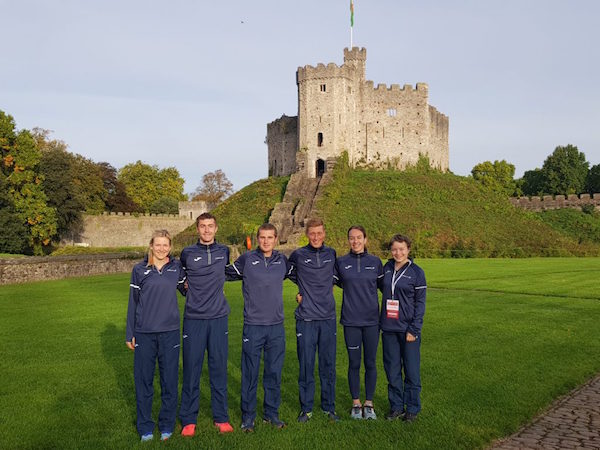 A team of six runners represented Scotland at the inaugural Commonwealth Half Marathon Championships in Cardiff on Sunday (7 October).

International athletes from 18 countries led a field of 25,000 to contest the Commonwealth title at the event, held as part of the Welsh capital’s half marathon.

The first of the six Scots to cross the line was Steph Twell, who had delayed her honeymoon to take part in the event. Her time of 72.32 secured her place as second British female and seventh Commonwealth female runner home – a strong start to her planned winter of road running.

First male Scot home was Mike Crawley of Costorphine AAC. He finished in 20th place with a time of 66.37.

Moray Road Runner Kenny Wilson, who finished one place behind Crawley in the Commonwealth rankings, came home from Wales with a new PB of 66.59.

Fife AC’s Annabel Simpson equalled Crawley’s 20th place in the women’s event, and finished 78.09 – only the U23 runner’s second race at the distance.

A newly recovered Fiona Brian (Metro Aberdeen) finished a few places behind Simpson, in 24th, with a time of 80.45.

The Scottish results were completed by John Newsom of Inverness Harriers, who finished in a time of 70.40.

The event, and the Commonwealth Half-Marathon title, was won by 22-year-old Australian Jack Rayner. His time of 1.01.01 was a personal best, and just 18 seconds shy of the course record.