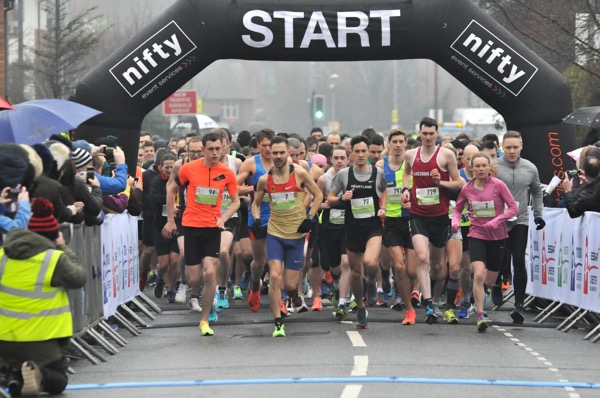 The Chester 10K has doubled its entry capacity for what will be its second staging this March, and, with less than two months until race day, organisers have confirmed they are on course for another sell-out.

Scheduled for Sunday 10 March, the 10k, co-ordinated by Active Leisure Events, is on track to record 4000 entries, a figure that will make it one of the best attended in the North West.

On the spike in popularity and expansion of the race, Chris Hulse told runABC North: “We knew there was a demand for a 10k road race in Chester and had been trying for some time to get permission and support from the local authority to stage it. We got the green light quite late in the day in 2017 which gave us only a short lead in time to set it up.

“Luckily, our experience and expertise from putting together the Essar Chester Half Marathon and the MBNA Chester Marathon kicked in. And whilst many other events across the country were cancelled due to the horrendous weather, our race prevailed.”

The fast course starts near the Northgate Arena and runners will head north-west out of the city along wide roads allowing runners to rapidly settle into race pace. They will then run through the picturesque village of Mollington before returning to finish in the heart of Chester.

Further information, including registration for the Aldi Chester 10K, is available here.