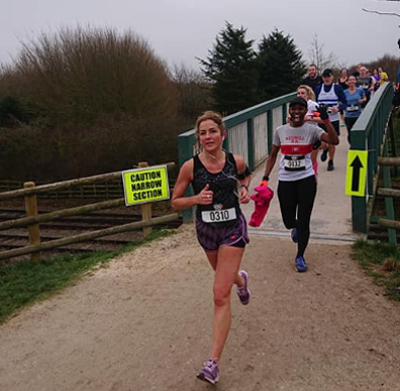 Back for a second year, the Rushcliffe 10K & Running Festival from Perfect Motion was enjoyed by families as well as individuals who had a choice of four races. There was a 10K, 5K, 2.5K Fun Run and new for 2019, a Toddler Dash for very young athletes. For anyone wanting to go further there was the option to run 15K.

Feedback from the 2018 inaugural event meant a few changes were made including a new course for the 10K and 5K – both of which sold out a few days beforehand. Rushcliffe Country Park, Nottingham was the location for a busy morning that featured a warm up before each of the four races. These were held on a flat, scenic route along footpaths through landscaped areas and grassland that, despite wet weather, was ideal for the PB-chaser as well as those looking to take it easy.

Aston Perrin of Long Eaton RC won the 10K in 32:09 followed by Daniel Bagley of Holme Pierrepont RC in 33:48. Oliver Matharu was close behind to finish in 33:51.

Kelly Butler was the fastest female in 39:21. Natalie Bunce was second in 40:24 with Linsey Ryall of Marshall Milton Keynes AC third in 41:04.

In the 5K, Kristian Watson of Sutton-in-Ashfield Harriers & AC was first home in 17:12. Ruby Milnes of Mansfield Harriers was the first lady in 21:45.

A percentage of the entry fees to charity partner Cerebral Palsy Sport who help people achieve their sporting potential and improve their quality of life.