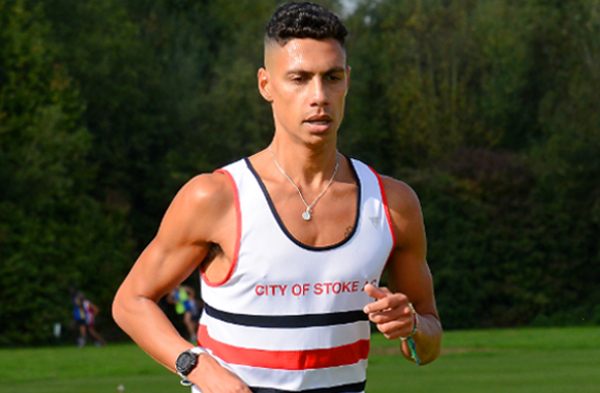 City of Stoke AC took five of the top 10 places in the senior men’s race to secure them overall victory in this division. They also won the U13 Girls, U15 Girls and U13 Boys divisions.

Winsford is the first in a series of four races organised by the North Staffs Cross Country League (NSCCL). The other three are at Stafford Common, Park Hall and Rodbaston Campus and are open to club runners from Staffordshire, Shropshire, Cheshire, West Midlands and North Wales. Trophies and medals are presented after the final race of the series.

Alex Brecker has been in action elsewhere this year including an appearance at the Muller British Athletics Championships (30 June to 1 July) where he came 9th in the 1500m. He also took part in the Midland Counties 6-Stage Road Relays (22 September), winning his 5.88K race in 18:13. His win at Winsford XC adds a final flourish to an outstanding season.