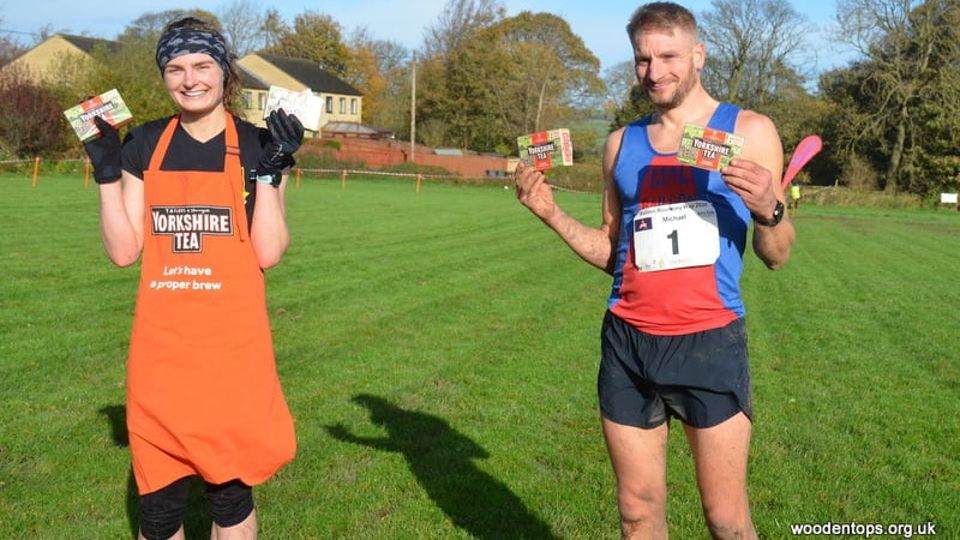 Outstanding organisation and marshalling at this tough trail race

Sunday’s (1 November) Baildon Boundary Way Trail Half Marathon was everyone’s cup of tea thanks to the hard work and dedication shown by the organisers that resulted in a prize winning and secure event. The impending lockdown didn’t stop everyone from having a good time in spite of the mud and the marshalling was of the highest standard, contributing towards the race’s overall success.

An annual favourite, the Baildon Boundary Way Trail Half Marathon didn’t expect its 26th outing to be during a global pandemic but it rose to the challenge. Every care was taken to ensure runners were safe before, during and after the race and there was a sense of all being in it together as they tackled a tricky course in a picturesque location.

Runners were allocated a start wave time and were set off in groups of 6 from Baildon Rugby Sports Club that also acted as the Race HQ. They continued on road, track, towpath and grassy paths with a rainbow forming a colourful backdrop as they navigated their way over tree roots and through mud before finishing on the football field. Marshals were on hand to guide, support and encourage in a professional manner that was appreciated by everyone.

It was victory at last for Michael Malyon of Baildon Runners after years of trying to win on his home turf. He crossed the line in 1:25:39 closely followed by Andrew Grant of Harrogate Harriers & AC in 1:25:48. Andrew Cairns of Skipton AC was third in 1:27:13.

Impressive running by Caroline Lambert of Ribble Valley Harriers saw her become the women’s winner in 1:32:34. Kate Archer of Ilkley Harriers finished second in 1:45:48 with Sarah Flaherty of Bingley Harriers & AC third in 1:46:30. There was a vote of thanks by the organisers for the runners, marshals, first aid, Race Best, Even Splits (chip timing) and Yorkshire Tea. They hope to see everyone in April 2021.