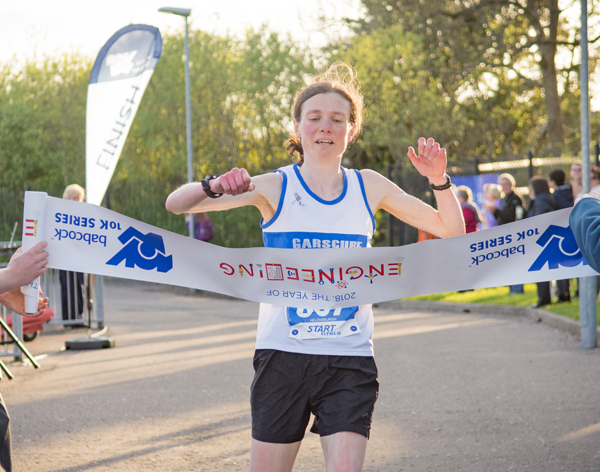 Tonight's Babcock Dumbarton 10K sees the second leg of the three-race Babcock-sponsored May 10K series. The series got off to a flying start last week at Helensburgh with a record entry of 667, 250 up on 2017 and closer to the four figure fields when the series was sponsored by Polaroid.

Katie White of Garscube Harriers was dominant in the women’s race at Helensburgh, missing Jenny Wetton’s course record by a mere six seconds. Fanni Gyurko of Hungary and Central AC ran an impressive 36.03 for second while a resurgent Elspeth Curran from Kilbarchan completed the top three in 36.37.

White showered quickly and then took the Road to the Isles where she clocked 1:21:39 at Saturday's half marathon in Mallaig to collect the top women's prize and finish fourth overall.

Shettleston Harriers traditionally show well in the men's race at Helensburgh however Inverclyde AC's Craig Ruddy had his eye on the main prize this year. Ruddy, a Scottish International at a variety of distances, went straight to the head of affairs with Shettleston’s American star, Mike Deason tracking him closely.

Central’s Murray MacLarty and Bellahouston Harrier Gregor Yates were never far away but Ruddy maintained the unrelenting pressure to ease away in the last three kilometres and record a comfortable victory in 32.06. Deason was 25 seconds back but held on well to out stay MacLarty who was a further 18 seconds behind who in turn just held off Gregor Yates by three seconds.

Organisers expect another big field tonight in Dumbarton ahead of the series finale at the Shettleston Babcock 10K event at Glasgow Green on Sunday 27 May (10.00am start). Shettleston Harriers host the third race and promise a flat and fast course around Glasgow Green and Shawfield. The Shettleston 10K also doubles as the West District championship race.

Details of races on the runABC Scotland race listing.