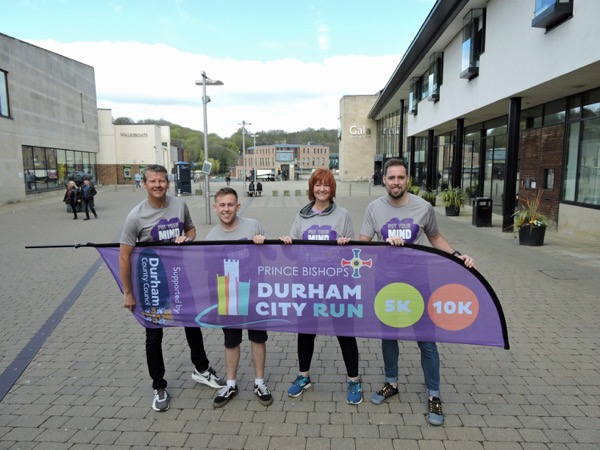 401 Marathon Man An Inspiration At Durham

Ben Smith, who transformed his life through running and completed 401 marathons in 401 days to raise money for anti-bullying charities, has confirmed that he will be competing at this year’s Prince Bishops Durham City Run. Invited by race founder Steve Cram, Ben will also be helping novice runner Hilary Snowdon, who will be tackling her first race in Durham and supporting the event’s official charity, the If U Care Share Foundation.

In 2015 and 2016, Ben completed 401 marathons in as many days, raising over £315,000 for Kidscape and Stonewall, two charities that tackle bullying in society. During his challenge, Ben spoke at schools up and down the country to tell his story and help educate young people about issues relating to bullying.

Several of Ben’s 401 marathons took place in the North East and his achievements were later recognised with Pride of Britain and Sports Personality of the Year awards, and he has just published his first book, ‘401’, which describes his experience of being bullied and how he dealt with that.

Ben will be looking to pass on all of his running experience to Hilary Snowdon, 54, from Newcastle, who lost her husband Ian to suicide in October 2014 and became aware of the work of the If U Care Share Foundation a few months later. Hilary has been a regular supporter of the charity, and when she found out it would be working with the Durham City Run, was inspired to take up running.

Hilary Snowdon adds: “Up until now, I have never run in my life, so taking on the Prince Bishops Durham City 5K is really going to take me out of my comfort zone. It was great to meet Ben today – his story is inspirational and helps make me believe that I can achieve my goal of running the 5K for this brilliant charity.

“I became aware of the If U Care Share Foundation a few months after Ian took his life. The foundation does some incredible work with young people and this is a cause that is very close to my heart, so I am determined to complete my run in July.”

Since its launch in 2016, the Durham City Run, which includes a 10k and 5k, has proven to be highly popular across the country – its charming midsummer evening setting and the chance to run through the city’s cobbled streets has seen it make a massive impact on the circuit. Entries for the event remain open.