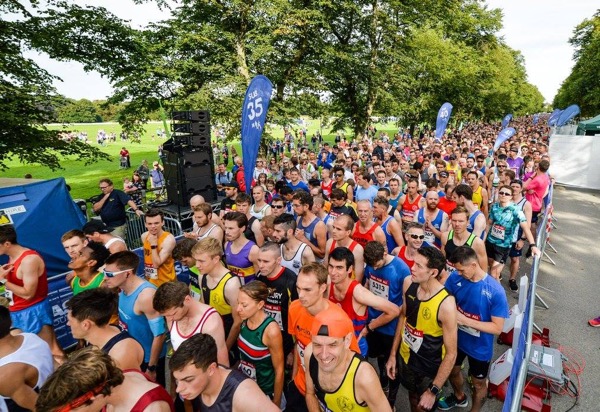 Next month’s (Sunday 5th August) Asda Foundation York 10K marks the 10th anniversary of an event that, since its launch, has grown into one of the region’s biggest charity road races. Since its inception, over 50,000 people have entered the run with an estimated £2.5m raised for a host of good causes.

On the 10th anniversary York 10K, the route will once again start and finish on Knavesmire Road alongside York Racecourse and pass the city’s many historic landmarks including Clifford’s Tower and the minster. The route has proven extremely popular with runners and is hailed as one of the most beautiful city runs in the UK.

The event forms part of the legacy of the late Jane Tomlinson, who raised £1.85m for charity by tackling a series of gruelling endurance challenges despite battling cancer.

Over the years, the event has provided countless memories for runners and spectators alike, with 2010 turning out to be particularly memorable for schoolboy Oscar Bygott, whose footballing hero Sir Geoff Hurst started the race. Oscar, who had gone along to support his mum, Sarah, managed to meet Sir Geoff and got the hat-trick hero of the 1966 World Cup final to sign his football.

Tristan Batley-Kyle, Head of Events at organisers Run For All, said: “It has been wonderful to see the York 10K grow into the hugely popular event that it is today. We are enormously grateful to everyone – runners, spectators and volunteers – who contribute so much to its success.

“Some people run in memory of loved ones, to overcome a personal challenge, to support their favourite charity or for a PB. Whatever their reason for running, it is always inspiring to see so many people willing to take on the challenge."