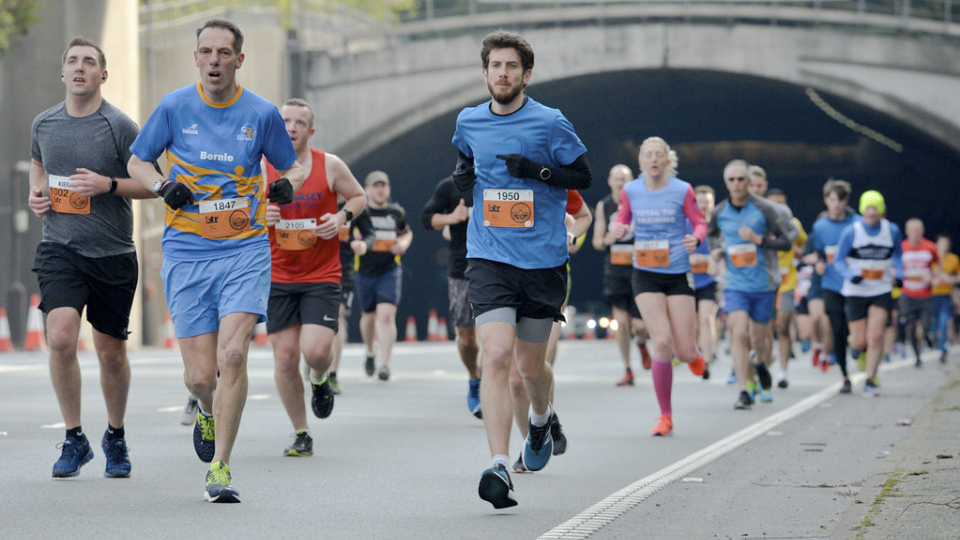 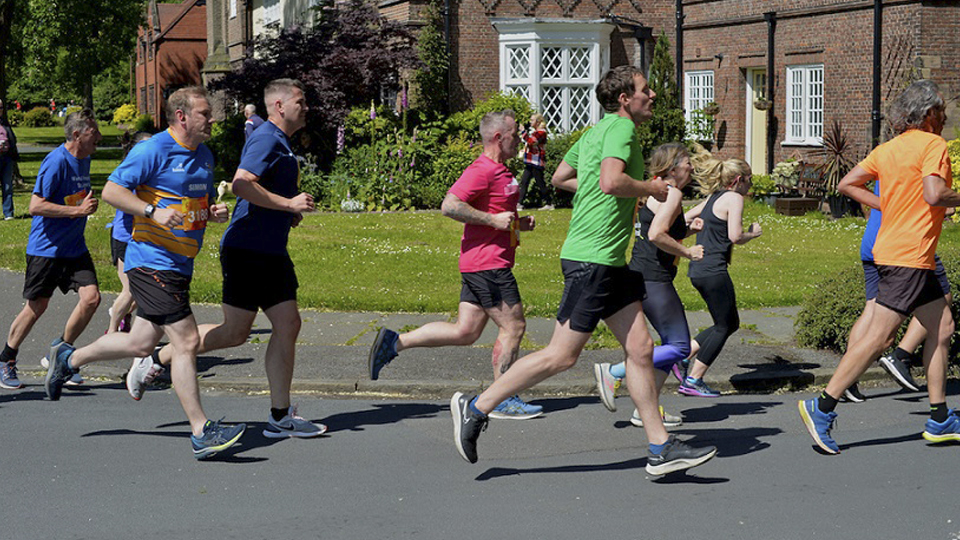 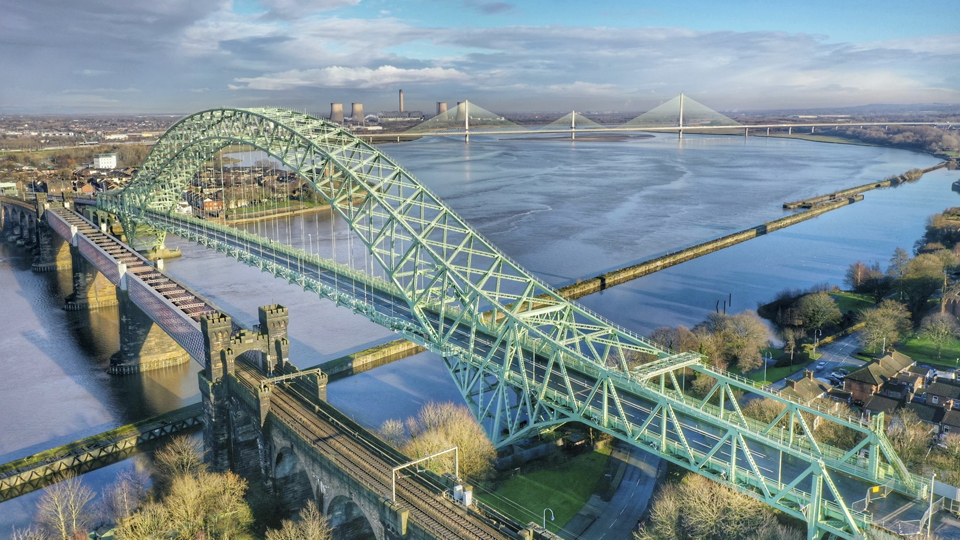 Take Part In This Jubilee Jolly 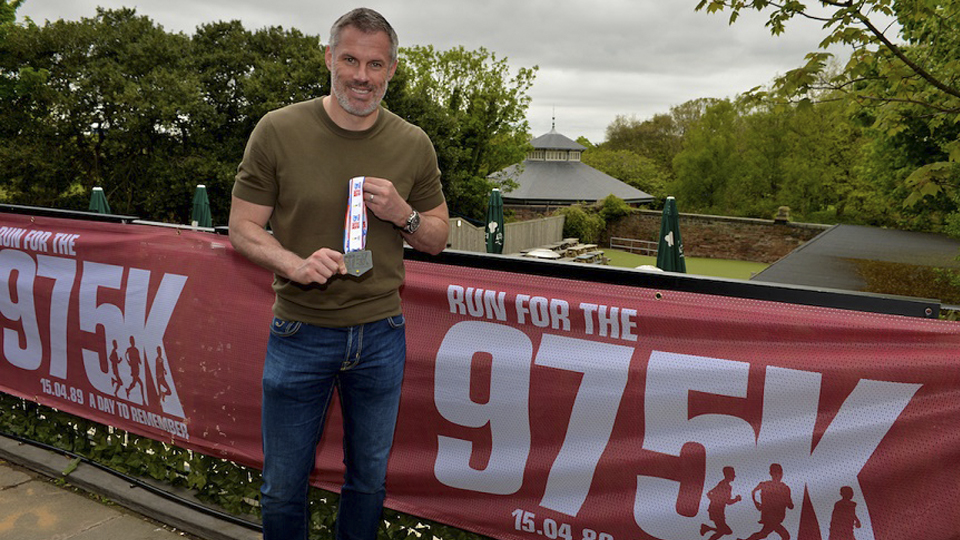 97 Reasons To Run This May 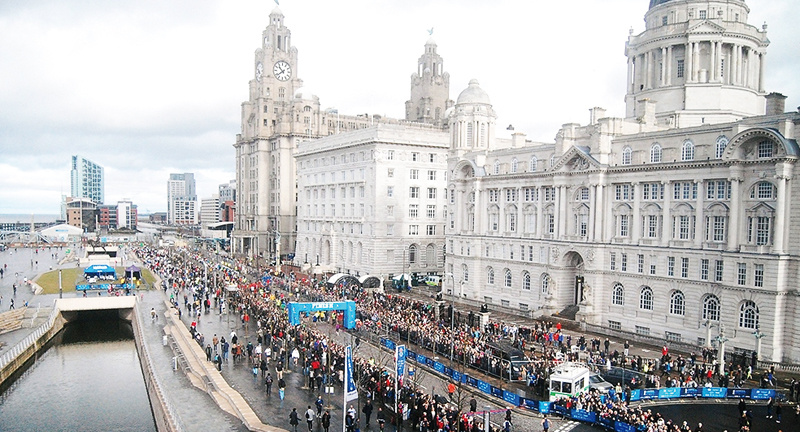 Merseyside is an area brimming with running activity. One of the most striking features is the nice blend of club and national races, with some superbly organised local events - such as the Grand Tour of Merseyside organised by local stalwarts BTR Liverpool - sitting alongside the more urban, large-scale runs.

BTR Liverpool is at the heart of the Merseyside race calendar - their events start in March with Liverpool Half Marathon, now part of the prestigious national Vitality Run series, and continue with the Port Sunlight 10K/5K, the Tunnel 10K, the Grand Tour and the Wirral Half/10K before concluding in full technicolour with the hugely popular Santa Dash.

As well as the big BTR events, Merseyside is also home to the recently launched Rock N Roll Marathon, an unsurprising choice of location given Liverpool's unique musical heritage. For those looking for a less daunting challenge parkrun, the free weekly 5k at Princes Park, is worth a try and for the ladies the Race for Life series is well-represented in the area with events at Aintree racecourse, Sefton Park, Birkenhead Park and Victoria Park (Southport).

Our overview includes a visit to Crosby Stormers, an all-ladies running group, started from a small ad in their local paper, the Stormers are now 50 and counting. Founded on the principles of getting fit, raising confidence and self-esteem, the Stormers' success has a heart-warming tale at its core.

We chat to England international Kirsty Longley about Liverpool Pembroke and Sefton, and find a club who likes to take their running seriously. A merger of two clubs that were formed in the late 19th century, the club boasts a rich heritage that its members are clearly proud of.

As every runner knows, the impediment to success is more often than not niggling injuries. Perform, the physical recovery arm of Spire Healthcare in Liverpool, are on hand to aid rehabilitation with their AlterG treadmill. The clinic prides itself on providing rehab for both the general public and professional athletes.

Check out some of what Merseyside has to offer to runners below.

Have we missed something? If you know of, or operate a club in Merseyside and would like to add it to our list, please get in touch with us here.

We find out a little more about Merseyside’s Liverpool Pembroke & Sefton from international runner, Kirsty Longley... 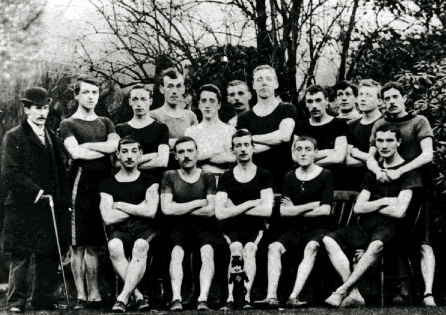 How did it all begin? Our history can be traced way back to the late 19th century and two of the city’s oldest running clubs, Pembroke AC (1890) and Sefton Harriers AC (1889). We merged in 1995 but remain very proud of our heritage; there is a website that traces the history of both clubs over the years.

A little about the club? We are an athletics club that caters for male and female athletes from Year 6 pupils and above.  We draw our membership from a wide area but principally Liverpool, Sefton, Knowsley and West Lancashire.  There is no requirement for membership other than determination to train hard regularly.

How often do you train? Our regular club training takes place at Ormskirk track on Tuesday and Thursday evenings and the occasional Sunday.  Sessions are generally split into four or different groups and are always coach-led.

Always on road? We have regular track sessions and we have a brand new natural surface fitness trail around the new track, which is regarded as integral to core training all disciplines.  We have a unique opportunity with the fitness trail to create to our knowledge something no club has ever attempted.

Coaching approach? An athlete-centred approach to enable athletes to reach their potential. 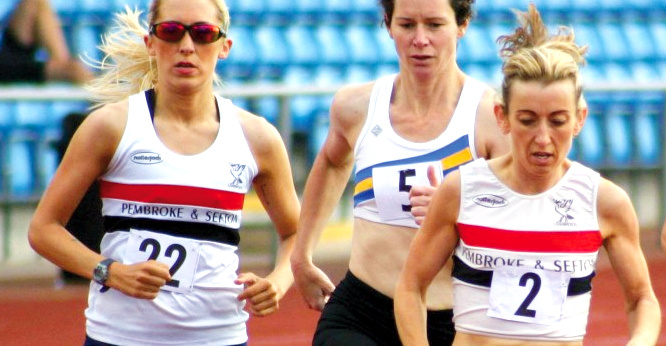 Claim to fame? Michael Rimmer is the first male 800m runner to win national titles at 15, 17, 20 and as a senior athlete he has won six national titles.  He has been to Beijing and two European and three Wold Championships.  Our rising star is Rosie Johnson, English school’s 1500m champion.  Kirsty Longley - pictured below right - is also deserving of mention, having finished in first place at numerous events and represented her country.

New members welcome? Due to the size of the club, we are able to welcome athletes of all ages and levels, whether they are just starting out or have been running for years.  There’s always a buzz of excitement when a newbie arrives at our training sessions and we try to make them feel as comfortable as possible.

Running in Merseyside? As a club with a presence in the area we are in the perfect position to promote physical activity.  We’ve always maintained active links within the local community and schools to try and get young people involved.

Friendly rivalry with other clubs? Of course! Southport Waterloo and Liverpool Harriers.  This is always on good terms though, and we look forward to seeing familiar faces at different events.

Find out more about the club by visiting their website

Running groups are aimed at beginners and those whose emphasis is on fun and fitness, letting people run in a safe and friendly environment, building up a camaraderie with fellow runners.  As you would expect in a large metropolitan area, Merseyside has a great choice including Run England groups, commercially run groups, workplace and groups associated with running stores and sports centres/gyms.

Have we missed something? If you know of or operate a running group in the Merseyside area and would like to add it to our list, then get in touch with us here 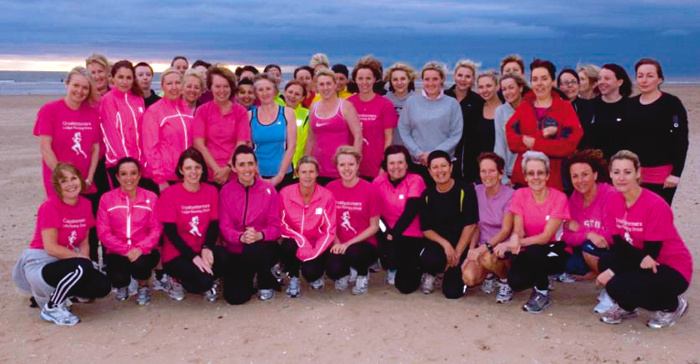 Now approaching their fifth year, there seems to be nothing stopping this Crosby running group stormin’ to success...

Five years ago, Elizabeth Stanfield placed a short article in the Crosby Herald inviting ladies to join a small running group in the area. Liz had discussed the idea with Cynthia Carter, and felt there would be a strong enough demand to make Crosby Stormers a success; all they needed was some coverage.

The article had the desired effect as numbers shot up from six to 50 in a matter of months, and the Stormers have now expanded their reach. Over the past two years, members have gone on to take part in leadership courses with Run England and have started their own groups in Kirkby, Formby and Ormskirk.

Both Liz and Cynthia come from a running background, with the former having ran and coached with Southport Waterloo AC while Cynthia was part of Staffordshire Harriers in her teens. This passion for the sport has allowed them to bring an enthusiastic and knowledgeable approach to Crosby Stormers.

Formed on the principles of getting fit, raising confidence and self-esteem, Liz and Cynthia have always stressed the importance of the group being a platform in which the ladies can make new friends. Behind this, there is a personal story to the group, with Crosby Stormers named after Cynthia’s late husband, a well-regarded runner who was known as Stormin’ Norman.

Liz told us a little more about Crosby Stormers’ regular training: “We meet every Wednesday at 7pm and for longer runs at the weekend and try to make the most of the beautiful routes along Crosby beach, Little Crosby. We are lucky to live near the coast although I don’t think the ladies envisaged they would be running along trails, sand dunes, country paths all on our doorstep, places they had never ventured before.

“Apart from running we meet up socially, and enjoy bike rides together as well. All the ladies like spending time with each other and this has a massive factor in confidence building as well. Last year we started cycling from Crosby to Lancashire, enjoying views across Cleves Hill and Parbold Hill. This was a great way of keeping fit if anyone was injured, which happens from time to time.”

The group operates on a non-profit basis, with Liz and Cynthia asking members for just 50p per session. Any funds raised go directly to the charity sector, with the Stormers having supported The Leonard Cheshire Home in Freshfield, British Heart Foundation, Spinal Action unit support group, South Sefton Mencap and Surannas Step Stone in the past.

The group has also organised fun runs, cake sales and charity evenings. All this contributes to the social dynamic of the group: “All we ask for is 50p, not bad for getting fit! The fundraising brings a great energy to the group and gives the training a real focus too. Everyone gets involved and it boosts the camaraderie in the camp.”

With their ethos of getting ladies fit, raising self-esteem and a community-focused spirit, there’s every chance Crosby Stormers are set for positive coverage from Merseyside and beyond.

Find out more about Crosby Stormers.

Services for runners in Merseyside

Perform, the physical recovery arm of Spire Healthcare in Liverpool, gained the enviable status of having the north west’s first AlterG (anti-gravity) treadmill. Having launched in 2012, Perform Liverpool has quickly established as a specialised physiotherapy clinic for both the general public and professional athletes.

Using an innovation called ‘underweighting’ technology, their AlterG treadmill looks to aid runners’ rehabilitation after injury or surgery. Popular with elite athletes - including Olympic bronze medallist Steph Twell - AlterG uses an air-pressure system developed to suspend the runner’s weight, allowing them to run without putting their full weight through their lower limbs and joints.

In effect, this allows the athlete to be able to run sooner than they normally would be able to by reducing the foot to ground impact that is associated with running, a key feature if you’re on the road back to fitness and don’t want to put stress on your knees.

Find out more about Perform Liverpool.

SERVICES FOR RUNNERS IN MERSEYSIDE