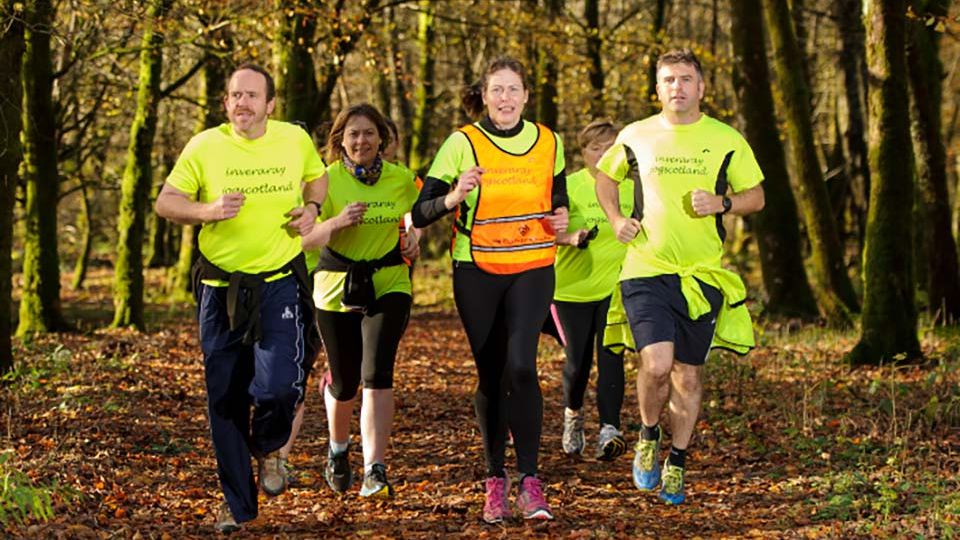 Our Beginners’ plan is based on the tried-and tested principle of combining short bursts of running with longer spells of walking, three days a week. The idea is to ease into running gradually, eventually reaching a point where the running and walking intervals of each session are the same length. After that, the running portions will become longer and the walking portions shorter. Eventually, the walking will vanish altogether. Most people reach run/walk equilibrium after around six to eight weeks of following our plan, but much depends on individual fitness and circumstances.

When you’re ready to stride out, do it gradually. Our ‘next steps’ schedule gives you a few ideas of how to do this. You’ll see that we’ve adjusted the time spent walking and running as well as the number of repetitions suggested for each session. You can make your own tweaks accordingly – but don’t forget to include bit of easy walking as a warm-up and cool-down.

As with our schedule for the first six weeks, we’ve kept in – and added to – the optional day of brisk walking or other cross-training to build fitness and ‘time on your feet’. If you can’t cram an additional session into your week, don’t worry. Just concentrate on your running sessions and building up a weekly routine to keep your momentum going.

Following a balanced diet and drinking plenty of fluids is important for everyone, but as you build up the time you spend running, you’ll likely start thinking a bit more about your personal nutrition and hydration. You might even have already made some healthy changes to your lifestyle: having a bad hangover for an early morning run is not a mistake you’re likely to make twice!

In general, though, there’s often no ‘right answer’ to the most common questions I get asked by new runners. Whether you run with water or how long you should leave it to run after eating comes down to personal preference – and trial and error. I’ve met race winners who eat jam sandwiches on the start line, as well as those who allow nothing to cross their lips before or during an event. Ultimately, you’ll find out what works best for you throughout your running journey.

A word on the ‘plateau’

Once you’ve been running regularly for a few weeks you might reach what’s known as a ‘plateau’. Quite simply this means reaching a point where it doesn’t feel like you’re making any more progress, despite training regularly. If this happens to you, don’t despair – you are improving, even if it doesn’t feel like it! The body makes many of its adaptations to exercise (in other words, it makes us fitter) while we rest, so it may be that a day or two off will put a spring back in your step. Alternatively, you could also be plateauing because your body has got used to your workouts and it’s not being challenged enough; try tweaking your routines to make them a bit tougher, running in a different location to add interest or pairing up with a partner who might push you on a bit more. The important thing to recognise is that a plateau is simply a temporary resting place, not your end destination! It happens to everyone, and just like a summer rain shower, it will pass.